Love in the Mountains Gary Brewer & The Kentucky Ramblers 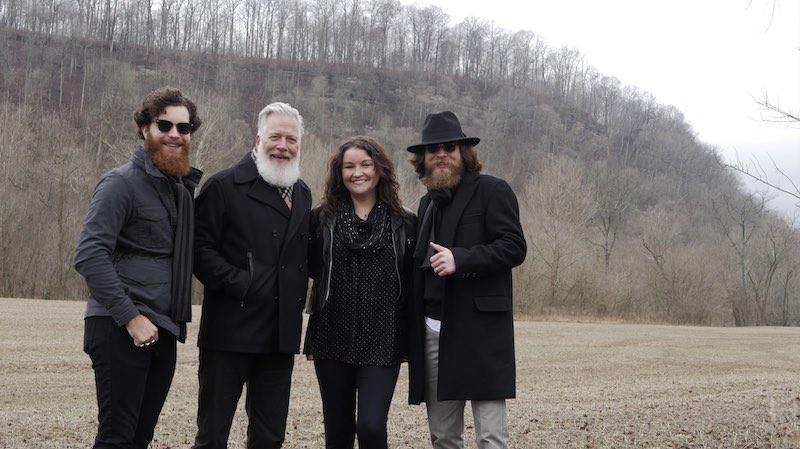 The last year has been a roller coaster for American Roots band Gary Brewer & The Kentucky Ramblers, who are finally getting the recognition they deserve. In addition to hitting number one on the Billboard Bluegrass Albums chart with their star-studded album 40th Anniversary Celebration for multiple weeks, the collection has also spent 34 weeks inside the top five. The group has released the next single, Love In The Mountains featuring acclaimed songstress Ashton Shepherd.

In celebration for the announcement of the new single, the dynamic pair also just unveiled the official video for the recording. It was shot on Brewer’s picturesque farm in Kentucky, which pays homage to the song’s outdoor theme.

Love In The Mountains with Ashton Shepherd serves as the follow-up to lead single Goin’ Up Shell Creek which featured The Travelin’ McCourys and Big Train with Doug Phelps (of The Kentucky Headhunters). Since the full album’s release in the early summer of 2020, the project has propelled Brewer and his band The Kentucky Ramblers to new heights. The 40th Anniversary Celebration has been covered and praised by top publications including Medium, American Songwriter, Music Row Magazine, Thrive Global, Country Rebel and many more. Other artists featured on the album include Dale Ann Bradley, Sam Bush, T. Graham Brown, Russell Moore and Ralph Stanley II.

The record serves as a full circle moment for Brewer. After garnering attention and gaining respect from some of the biggest names of all-time across multiple music genres, he has no plans in stopping any time soon. Having recorded and toured with music icons like Bill Monroe, the Osborne Brothers, Jimmy Martin, etc, that artistry is on full display in the band’s unique style. With a lifetime of experience and dedication to Bluegrass, Country, and Roots style music, Gary Brewer & The Kentucky Ramblers will take that inspiration on the road for the 40th Anniversary Celebration Tour, which will resume in 2021.