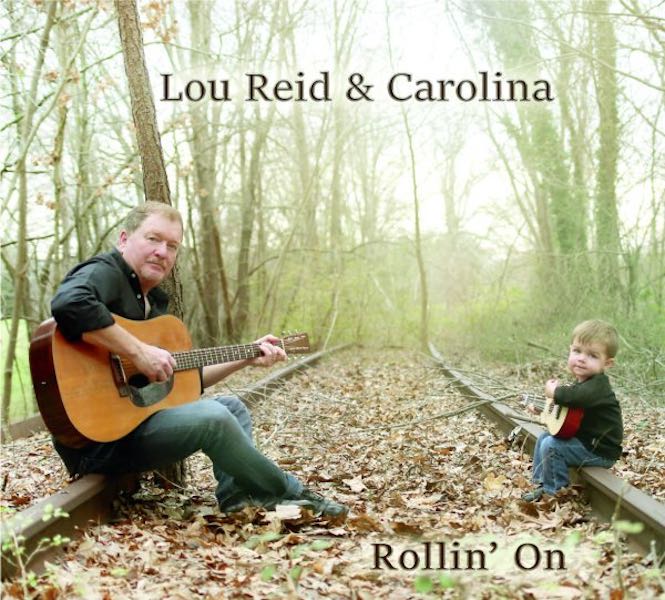 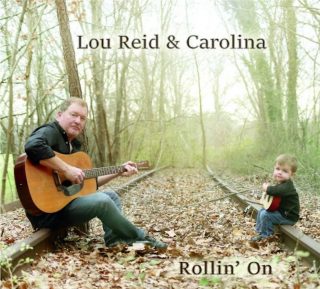 The Crooked Road is a 330-mile driving route across Southwest Virginia where authentic American music traditions first took root in mountain communities like Big Stone Gap, Floyd and Galax. Thanks to Lou Reid and Carolina, that road now has an anthem every bit as memorable as the landscape through which it travels.

The band’s newest album, Rollin’ On, has just been released and features the brand new single, “The Crooked Road,” penned by songwriters Ellen Britton and Will Hopkins and certain to become a classic. Ellen Britton’s co-writer Will Hopkins passed away in 2015.

The song was Will’s idea and he grew up along The Crooked Road in Rocky Mount, Virginia. I loved the song from the start and thought the name itself was evocative. It speaks to the contrast between our modern and somewhat hectic way of life and a slower way of living. With that basic idea as the starting point, writing the song came easy. That was a song that wanted to be written – Ellen Britton.

If we had commissioned someone to write a song to capture the essence of The Crooked Road and our annual Mountains of Music Homecoming event, they couldn’t have done better than the song on this record. To have one of the most admired groups in bluegrass pay homage to Virginia’s music heritage in a song of this caliber is truly special – Jack Hinshelwood, executive director of The Crooked Road.

When you start an album, you never really know which songs are going to stand out until you’re done. …Rollin’ On was no different. When you listen to the record, ‘The Crooked Road’ has a sparkle to it that’s unmistakable. It makes me smile every time I listen to it – Lou Reid.

The release of the new single is accompanied by a new music video, a cooperative effort between The Crooked Road organization and the band. The video is made possible through the generous support of David & Judie Reemsnyder, the Montgomery Museum & Lewis Miller Regional Art Center, the Montgomery County Chamber of Commerce, and Bill Kornrich.

The first song I ever learned on guitar was the “Wildwood Flower.  I watched Mother Maybelle Carter sing that song and play it on guitar and autoharp on a black and white TV along with Lester Flatt, Earl Scruggs and the Foggy Mountain Boys in the early 60’s. I didn’t realise until later how much the music from The Crooked Road region would influence my own music and life. The Crooked Road WILL take you home again – Lou Reid.

About Lou Reid and Carolina and Rollin’ On:

After stints with Doyle Lawson and Quicksilver, Ricky Skaggs, and the Seldom Scene, vocalist and multi-instrumentalist Lou Reid formed his own band, Carolina in 1992. In 1994 the band received the IBMA’s Emerging Artist of the Year Award. In 1996, Reid re-joined the Seldom Scene and also continues to record with Carolina.

For more information about Lou Reid and Carolina, visit loureidandcarolina.com of their Facebook Page.

Lou Reid is a true bluegrass powerhouse with a voice that’s as sweet as honey but powerful as a steamboat whistle. I’m excited to dig into his new record with Carolina, Rollin’ On – Chris Eldridge, Punch Brothers.

Lou Reid is spot on with this song describing the wonderful musical heritage of the Crooked Road winding through beautiful Virginia. Great performance Lou – Doyle Lawson.