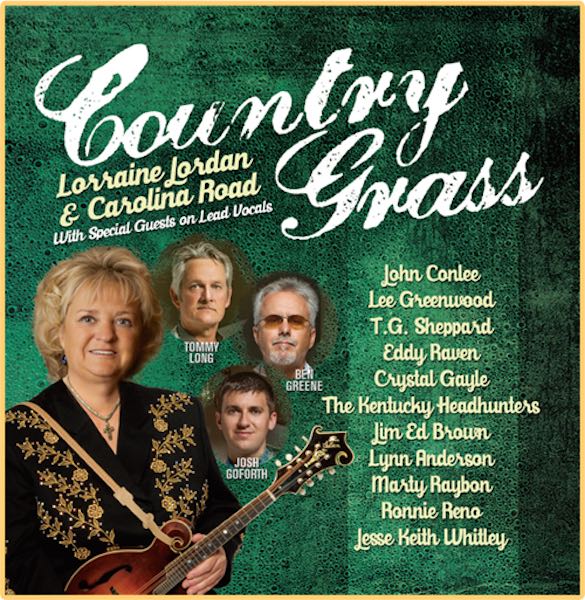 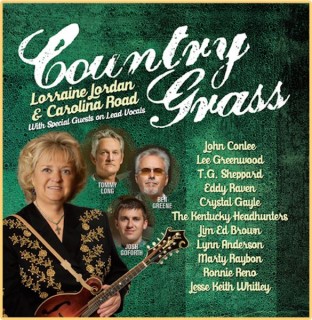 Lorraine Jordan & Carolina Road have released their new CD Country Grass on Pinecastle Records. This is a new sound inspired by country traditions.

Country Grass is a musical collaboration, motivated by the new audiences attending bluegrass festivals. Many of these fans discovered bluegrass music because traditional country is hard to find, so Country Grass was born.

Take country classics, add acoustic instruments, and invite the original lead vocalist to sing on the songs. Preliminary audience response to performing some of the tracks has been outstanding.

Some of the original artists are on board for a Country Grass tour to complement other marketing efforts, which include a video with the Kentucky Headhunters performing “Runnin’ Water,” and a 2015 scheduled show with Eddy Raven.

We are excited about this one-of-a-kind project, where bluegrass and country music cross paths in the Country Grass. This compilation album from some of the most well-known names in traditional country and the finest bluegrass pickers around will have folks dancin’ barefoot on the back roads – Lorraine Jordan.

Bluegrass and country music were united like marriage partners in the early days, but in time, the two genres were separated. Classic country music and bluegrass music still fit together well. This project ties the knot between the two again. When the bluegrass instrumentation and harmonies are put with the classic country hits and the country artist is singing the lead vocal, you get Country Grass – Bill Conger Bluegrass Unlimited