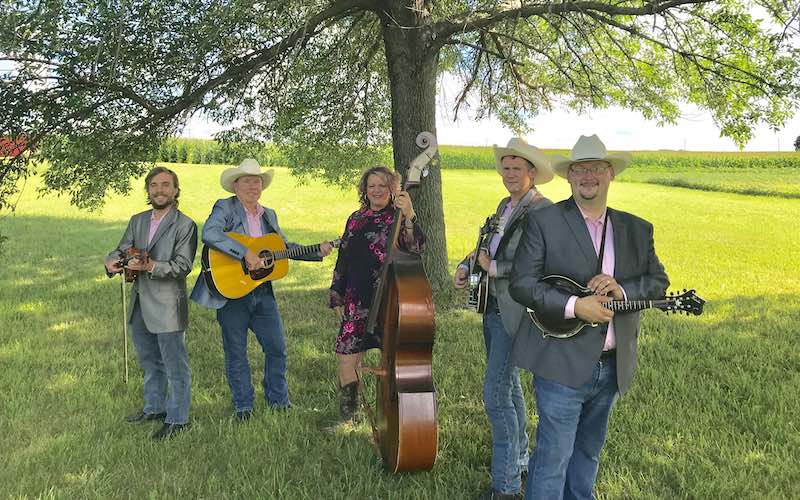 Lori King & Junction 63 have released their debut video for Walkin’ the Blues, the first song from their pending album on Turnberry Records. The band shot the video at the King family farm near their hometown of Drakesville, Iowa.

The song was released to radio on March 1 and is available for download via Airplay Direct and to the public wherever you stream music.

The full album will be available on June 4 for download, physical CD purchase, and sold at shows throughout the summer tour schedule. It features traditional bluegrass paired with gospel classics and the occasional acoustic twist on some country favorites. The video features Lori on bass and lead vocals and her husband Joe King playing guitar. The band is rounded out with members, Kevin Amburgey on mandolin, Mark Hargrove on banjo and Kyle Murphy on fiddle..

The video really captures the visual story of Walkin’ the Blues for fans. It’s fun and upbeat despite searching for love. We are excited to continue to support Junction 63 as their career evolves – Jeff Brown, Turnberry Records.

Lori King’s previous awards include the 2015 Midwest SPBGMA Bass Fiddle Player and Traditional Female Vocalist of the Year, and 2016 Female Vocalist. Lori is also the founder and Director for Lori King Productions. She previously directed the Bluegrass Music Association of Iowa and is a member of the International Bluegrass Music Association and a graduate of Leadership Bluegrass.

I love this video and telling the story of this great song on film. I especially enjoyed that we were able to shoot it in our hometown and give viewers a glimpse of the beauty of Iowa. Thad Reid, our video filmmaker, previously worked in LA and New York, so we are thrilled that we were able to import his talent to the Midwest and how he put our vision on film – Lori King.

Visit www.junction63.com to hear music samples and for up-to-date tour information or via Facebook.

Based in Racho Mirage, CA, Turnberry Records & Management grew out of a desire to create an environment that would allow musicians and artists to reach broader audiences, without standing in the way of their future. By using flexible and inventive strategies, they are changing the game and allowing artists to create while remaining relevant in today’s constantly changing business environment. Learn more at www.Turnberryrecords.com