Lonesome River Band – Outside Looking In 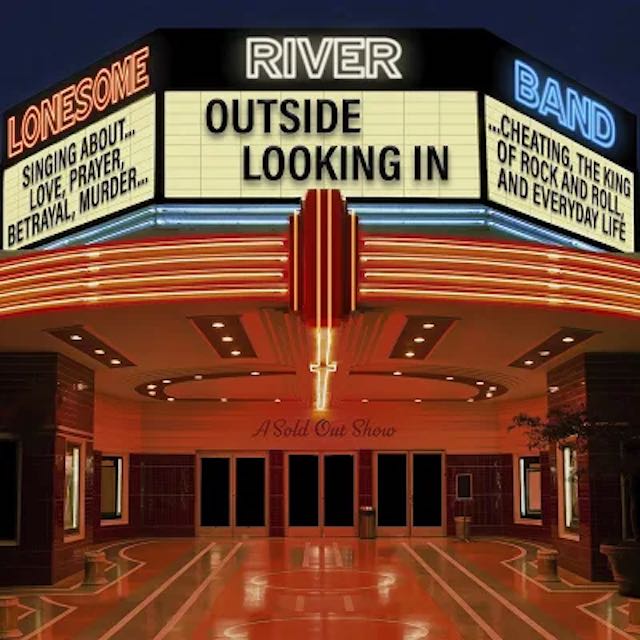 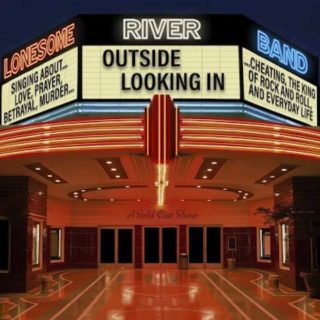 Lonesome River Band has been influential in bridging the worlds of traditional and modern Bluegrass and bringing new fans to the music. As pioneering innovators, they have set a benchmark with their award-winning albums and have established an immediately familiar sound that has influenced a generation of roots music musicians.

Lonesome River Band’s established legacy continues with their new release, Outside Looking In, with songs that reflect who and what this band is and the culture it come from. The album will be released 24th May by Mountain Home Music Company and is available for pre-order now.

Outside Looking In begins with Curiosity Killed This Cat with a flawless groove that personifies the deep-pocket timing of Lonesome River Band’s celebrated banjo master Sammy Shelor, five-time winner of the International Bluegrass Music Association (IBMA) Banjo Player of the Year award and 2011 winner of the Steve Martin Prize for Excellence in Banjo and Bluegrass.

When the band reached out to songwriter Daniel Salyer for material, this one stood out. Daniel is one of the finest songwriters in the business. He just knows how to compose a true bluegrass lyric and melody. When recording it, it seemed like it so quickly fell into place. Brandon’s soul, and Sammy and Barry’s iconic groove makes for a head-bobbin track – Jesse Smathers.

This groove is heard again in New Ballards Branch, a song about a place in Southwestern Virginia with a tone-setting intro by fiddler Mike Hartgrove, and in the title track, Outside Looking In. “It’s a new twist on a murder ballad that screams Lonesome River Band,” says Brandon Rickman, guitarist and vocalist. “We love the way this turned out.”

Shelor’s mastery is seen again in If I Had A Cheating Heart, a song Smathers describes as one of the grooviest Mel Street songs of all time. “When we went to record this, Sammy thought of doing it upbeat and he nailed it. It sure makes for a great driving bluegrass tune,” says Smathers.

These songs and others like Cassidy’s Prayer Book, a Civil War tune, and Your Memory Wins Again, an uptempo song by Skip Ewing that Shelor heard years ago, contain the heart of the band’s message of themes steeped in the genre’s tradition, presented in clever lyrics, instrumental prowess, and heartfelt vocals. “I always thought ‘Your Memory Wins Again’ would make a great bluegrass song,” says Shelor. “We finally had the opportunity to do it on this album.” 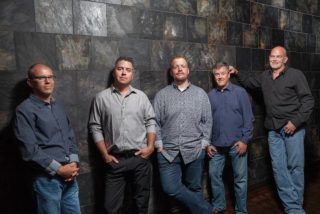 Over the decades, the distinguished sound of Lonesome River Band’s vocalists have set the band apart. For the last 12 years, Rickman has held the role as lead singer. Rickman’s vocals on songs like Wreck of My Heart are a robust, Country style and a quintessential part of the band’s sound. “It’s a great song with one of the coolest, catchiest melodies I’ve heard in a while,” says Rickman. “It’s just so different from anything we’ve done in a while, and those songs are hard to find.”

The voice of Smathers is classic in its higher register as he shares lead vocal duties when he’s not vaulting above Rickman with his impactful tenor. This is demonstrated in songs like Little Magnolia with its waltz meter and seamless brother-like harmonies. “Little Magnolia is a favorite track of mine. It’s a song that sounds 80 years old. The feel of this song comes from a place of authenticity, something that we all strive for, and that made it so fun to record for all of us,” says Smathers.

Together with the baritone parts shared by Shelor and ace bassist Barry Reed, the album’s themes of love, betrayal, murder and prayer are portrayed with the shrewd mastery that only a band performing at the highest level can create.

Other tracks include Going With The Flow, Circle Of Lies, Rough and Tumble Heart and Home Of The Red Fox, an instrumental.

Home of the Red Fox is a tune that I first heard from Bill Emerson back in the 1980s on an album titled Home Of The Red Fox, an instrumental album he did. It was just a melody that always stuck with me over the years, and I had sat and played it in practice hundreds of times over the last 30 years. We finally decided we wanted to cut the thing. It was an instrumental that hit Lonesome River Band’s feel really well – Sammy Shelor.

Shelor takes the first break, with the top-tier fiddling of Hartgrove coming next. Solos by Smathers and Rickman follow before the song comes to an end.

The album closes with Mark Knopfler ‘80s released, ‘50s nostalgia tune Calling Elvis the first single released off the album. The spirit of the original is captured and transformed in a way that makes for a smooth, well-executed merging of two styles. LRB’s “jam” section included in this track shows a band who continues to break the traditional mold musically.

The themes of Outside Looking In are a time-honoured part of the Bluegrass canon. They inform the very backbone of the music and Lonesome River Band has a way of framing them in modern terms moving the genre forward.

Since its formation 37 years ago, Lonesome River Band continues its reputation as one of the most respected names in Bluegrass music. Five-time International Bluegrass Music Association (IBMA) Banjo Player of the Year, and winner of the Steve Martin Prize for Excellence in Banjo and Bluegrass, Sammy Shelor leads the group that is constantly breaking new ground in Acoustic music. With two stellar lead vocalists, Brandon Rickman (guitar) and Jesse Smathers (mandolin), with impressive talents of Mike Hartgrove (fiddle) and Barry Reed (bass), the band seamlessly comes together, performing the trademark sound that fans continue to embrace.