Life Goes On With 5 IBMA Nominations 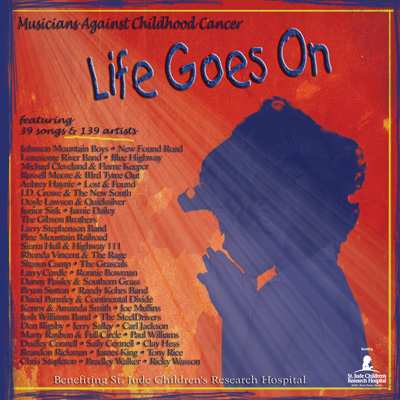 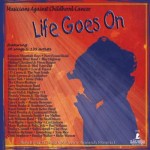 Life Goes On has appeared several times on Billboard Magazine’s Top 15 Bluegrass Album Chart reaching as high as #4 earlier this month. The album and single, “Life Goes On”, have both appeared on numerous radio charts this year including reaching #1 on Cashbox Magazine, and charting on the Bluegrass Today Monthly and Weekly Charts, SiriusXM Bluegrass Junction’s Most Played Tracks and Albums and more.

Life Goes On was recorded live during the annual MACC festivals from 2006 – 2011 with the exception of the song “Life Goes On” that was recorded at Randy Kohrs’ Slack Key Studio in Nashville, TN. The label recently released a new video of the song that can be viewed on the Musicians Against Childhood Cancer website BluegrassClassic.com.

Darrel and Phyllis Adkins founded Musicians Against Childhood Cancer in honor of their daughter, Mandy who lost her battle with cancer on November 25, 2000. Proceeds from the annual festival and album benefit St. Jude Children’s Research Hospital in Memphis, Tennessee. For more information on Musicians Against Childhood Cancer, please visit their website at BluegrassClassic.com.

This new 2 CD set is available for available through all digital vendors including iTunes, Amazon and more, along with physical CD purchase at Amazon, County Sales, Ernest Tubb Records Shops, the Musicians Against Childhood Cancer website, Rural Rhythm Records, directly through the participating artists and many more locations. For more information on Rural Rhythm Records, please visit RuralRhythm.com.