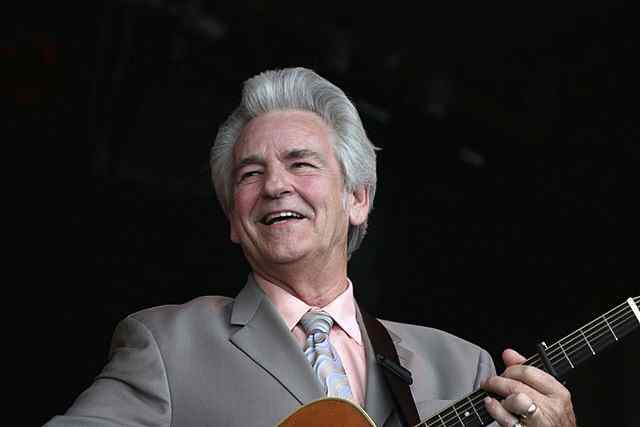 Nominations for the International Bluegrass Music Awards will be announced at a special press conference scheduled for Wednesday evening, August 15, at The Loveless Barn in Nashville.

The IBMA Awards are the center piece of World of Bluegrass week, scheduled for September 24-30 in Nashville. Produced by the International Bluegrass Music Association (IBMA), the trade organisation for global bluegrass music, World of Bluegrass also includes the industry’s Business Conference and Bluegrass Fan Fest.

I’m thrilled to be invited to co-host the Awards Show with the great Del McCoury. I predict this will be a very significant and poignant event, as the bluegrass community comes together to recognize and honor its own, and to pay tribute to some of the pioneers we’ve lost this year, including the great Earl Scruggs – Laurie Lewis.

A two-time winner of the California State Women’s Fiddle Championship, Lewis began her career in the mid-1970s as a co-founder of all-female bluegrass band The Good Ol’ Persons. She’s worked as fiddle player on the Masters of the Five String Banjo tour with Ralph Stanley; was twice voted IBMA’s Female Vocalist of the Year; and The Oak and the Laurel, her collection of duets with musical co-conspirator Tom Rozum, was nominated for a Grammy in 1996.

Lewis also contributed songs to the Grammy-winning True Life Blues: The Songs of Bill Monroe, and to Grammy-nominated Clinch Mountain Country. Her original tunes have been recorded by Kathy Mattea and Patsy Montana, whose cover of Laurie’s “Cowgirl Song” is the unofficial theme song of the Cowgirl Hall of Fame. She’s toured and worked in various configurations over the years, and in 2006 began working regularly with a band she calls “The Right Hands.” Lewis’ latest recording, Skippin’ and Flyin’, an acclaimed tribute to Father of Bluegrass Bill Monroe, features her pals Linda Ronstadt and Kathy Kallick (her old friend and fellow Good Ol’ Person).

I was excited to be asked to host the IBMA Awards again.  With World of Bluegrass moving to Raleigh next year, this might be the last Awards Show IBMA will hold at the Ryman Auditorium, at least for a few years. It’s a tremendous honor for me to be co-hosting with my old friend, Laurie Lewis. We haven’t had the opportunity to perform or record together much over the years, but she’s a great lady and I know we are going to have a lot of fun hosting the show – Del McCoury.

Born in York, Penn., McCoury was a briefly a member of Bill Monroe’s Blue Grass Boys, working as the band’s lead vocalist and rhythm guitarist in 1963. He performed as a regional artist for some years, and in the 1980s welcomed his sons, Ronnie (mandolin) and Rob (banjo), to his ensemble. Today he is leader and patriarch of The Del McCoury Band, a quintet that includes his sons, plus fiddler Jason Carter and bassist Alan Bartram. The band has seen spectacular success in the 21st century, bringing huge new audiences to bluegrass at venues and events like Madison Square Garden, Bonnaroo, and High Sierra, and introducing bluegrass audiences to new music through appearances and recordings with artists as diverse as the Preservation Hall Jazz Band, Steve Earle, and Phish. Five years ago, McCoury began hosting his own annual DelFest in Cumberland, Md.

At the 2003 IBMA Awards Show, Ricky Skaggs had the pleasure of inviting the Del McCoury Band to become a member of the Grand Ole Opry. For those who attended, it was an unforgettable moment. A 2010 recipient of a National Heritage Fellowship lifetime achievement award from the National Endowment for the Arts, McCoury was inducted into IBMA’s Bluegrass Hall of Fame in 2011.

The IBMA Awards Show will be broadcast live on Sirius XM Satellite Radio (Bluegrass Junction, Channel 14) and syndicated to more than 300 U.S. markets and 14 foreign networks, thanks to the sponsorship of Compass Records, Deering Banjos, ArtistWorks Academy of Bluegrass, BMI, the International Bluegrass Music Museum, Bluegrass Today and 650 WSM AM. Program directors and station managers may sign up to be affiliates online at www.ibma.org.

The International Bluegrass Music Awards are voted on by the professional membership of the IBMA.