Laura Orshaw I Can’t Settle Down 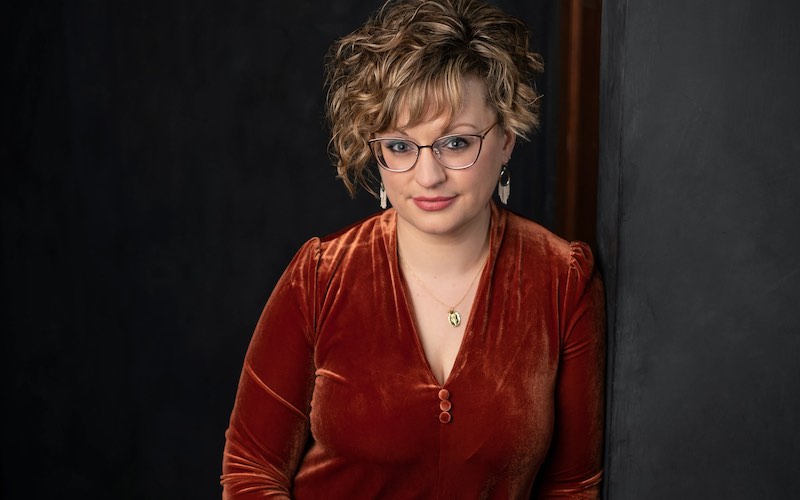 The new single was produced by label head Stephen Mougin, the song features Jenee Fleenor (2021 CMA Musician Of The Year) and Brittany Haas (2021 Artist in Residence at East Tennessee State University). This country-infused track showcases Orshaw’s incredible fiddle skills and captivating vocal abilities. “I Can’t Settle Down” was written by Roberta Gordon and Tim Carter and is available anywhere you consume music now. 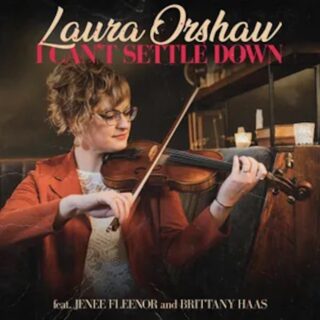 I used to think of myself as a homebody, but in the past few years I’ve realized that I love waking up on the tour bus, not knowing exactly where I am until I walk out the door. This sentiment paired with the square dance fiddle tune melody, is what drew me to ‘I Can’t Settle Down’. Jenee Fleenor and Brittany Haas joined me for the triple fiddle section, and we created a rhythmic ‘wall of sound’ that’ll make you want to shuffle around the dance floor – Laura Orshaw.

Orshaw was a recent guest on Steve Martin’s Unreal Bluegrass to discuss the new single.

I Can’t Settle Down is the third single from Laura’s forthcoming album, Solitary Diamond, set to be released on 27th May, 2022.

A respected powerhouse on the Bluegrass scene, Orshaw was the first female to win SPBGMA Fiddle Player of the Year and prides herself on keeping the sounds of traditional Bluegrass alive in the genre. A seasoned performer, Orshaw has toured throughout the world opening and sharing the stage with artists such as Del McCoury, Ricky Skaggs, John Scofield, Jim Lauderdale, Old Crow Medicine Show, Sarah Jarosz, Tony Trischka, Becky Buller, and Darol Anger among others. Orshaw has celebrated a successful career as a member of the Grammy nominated Po’ Ramblin’ Boys and a two IBMA award winner (2020 Gospel Recorded Performance of the Year, 2020 Collaborative Recording of the Year). Stay up to date on her website.

Dark Shadow Recording is a full-service studio and record label led by award-winning Stephen Mougin, located on a hilltop that surveys Music City’s electric skyline. The label produces and turns out music from some the industry’s most promising artists in the Bluegrass, Americana, Country, and Folk genres.