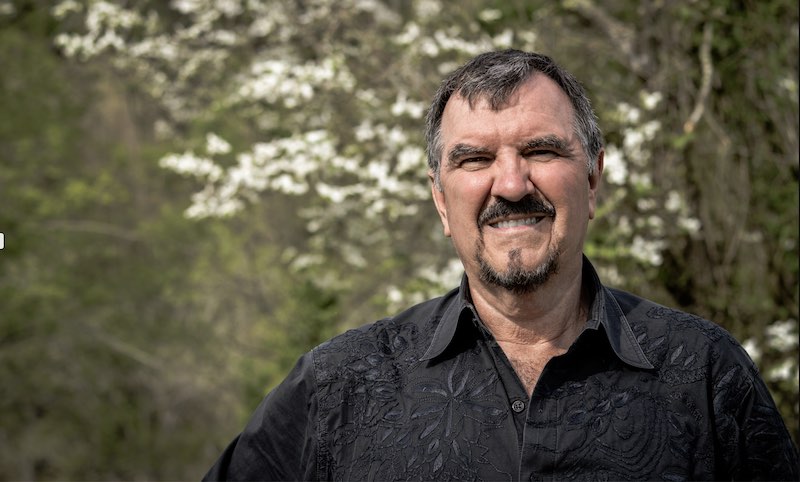 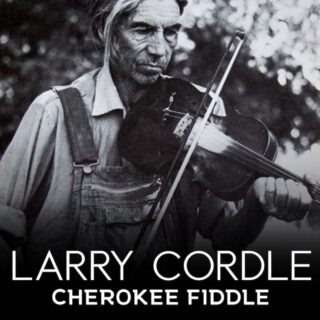 Larry Cordle has released the third single called Cherokee Fiddle from his upcoming album, Where The Trees Know My Name. This song was written by the legendary singer-songwriter and artist, Michael Martin Murphey and is part of the soundtrack of Cordle’s  younger days.

(I) love it, although my original version of my song was not recorded pure bluegrass style by me or Johnny Lee, I wrote it as a bluegrass song. I did a bluegrass version of it on my album Buckaroo Bluegrass many years later, but no other versions are as good as Larry Cordle’s. Larry Cordle captures the bluegrass soul of the song perfectly. I feel honoured that the bluegrass family of artists still considers me a part of the family; thank you brother Larry Cordle – Michael Martin Murphey.

Some of you will remember the great Johnny Lee recording, from the soundtrack of Urban Cowboy in 1980. When it first came out, I was so infatuated not only with the story but also the great melody that Michael had woven the story around. I just fell in love with it and decided to work it up and sing it with the band I was in at the time, Homebrew. I was playing 6 nights a week with them at Lee’s Lounge in Winchester, Kentucky. For two years, six nights a week, I sang this song. When compiling songs for this upcoming album, I remembered how much I loved the song back then and realized I still loved it,” he continued. “Thanks so much to Michael Martin Murphey for such a great song. I am honored you have now heard it and like it – Larry Cordle.

Cherokee Fiddle is now available to radio programmers at AirPlayDirect or request a private download link. The song is available for purchase here. Two other recent singles are also available for streaming and purchase: Breakin’ on the Jimmy Ridge that reached #1 on the Bluegrass Today Top 20 Song Chart on December 20, 2019 and the second single Sailor’s Regret which also reached #1 earlier this summer 2020.

In February of this year, Cordle was honored with the 2020 SPBGMA Songwriter of the Year Award during the 46th Annual SPBGMA Bluegrass Music Awards Show. The eastern Kentucky native is also a Grammy-winning artist, multi-IBMA award-winner and member of the Kentucky Music Hall of Fame.

Larry Cordle was born and raised on a small family farm in eastern Kentucky. While a young child he was introduced to bluegrass, country, and gospel music, by his great grandfather Harry Bryant, an old-time clawhammer banjo stylist, fiddle player and dancer. He recounts, His mother told him he could sing I’ll Fly Away, all the way through when he was just two years old. He fondly remembers this early influence pointing out, they lived so far away from everything, that they had to make our own entertainment.

Papaw would get the fiddle out in the evenings sometimes and play and dance for us. Just as soon as I was old enough to try to learn to play I did so and kinda seconded after him on the guitar. He ran an old country store and I spent many happy hours in there with him playing, talking about and listening to music. It was our escape into another world, something we grew up with and looked so forward to. I was always happiest when we were in a jam session”. After graduating from high school, Cordle spent four years in the Navy and after being honorably discharged, attended Morehead State University, receiving a bachelor’s degree in accounting. “I just didn’t see how I could ever make a living doing only music,” he explains, so, I worked for a CPA firm during the day and played in clubs at night”. All the while, Larry desperately wanted to devote all of his time to music, but his commitments would remain divided, until writing a song, that changed everything for the aspiring young Singer-Songwriter.