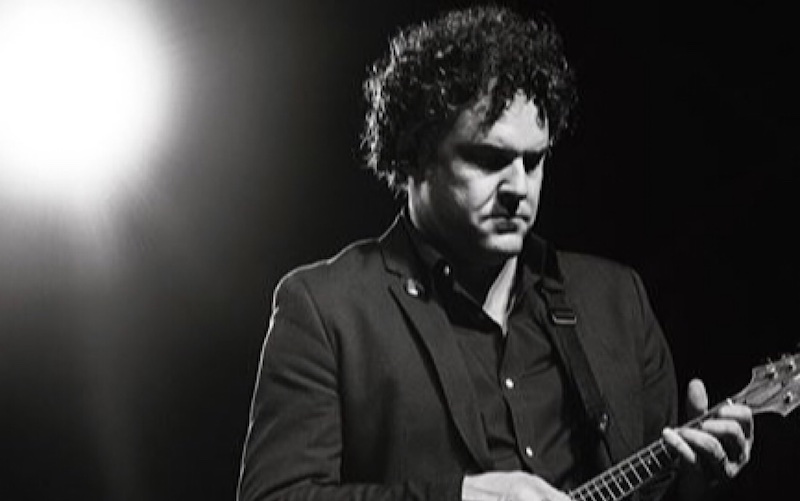 After many years away, South Australian mandolin virtuoso Kym Warner has chosen to return and live Down Under again. His soon-to-be permanent residency in Australia – notwithstanding the occasional future overseas tour – is certain to shake up the Oz acoustic music and recording community, as soon as the Covid-19 pandemic’s catastrophic grip on the industry wanes.

There are some fine mandolinists in Australia, but few of them are in Kym’s league. He was one of the 1990s generation of players who emerged in musical pockets across the western world, stunning observers with their virtuosic abilities with pick and strings. Since then, there have emerged even younger Gen Y and Gen Z players who are similarly super-confident and skilled, despite their youth. 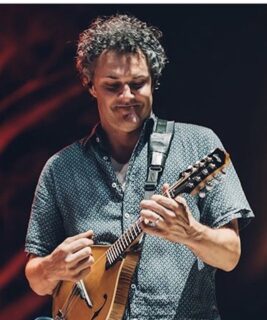 During Kym’s two decades in the US (except for occasional family visits back in Australia), he linked up and shared stages with some of the US bluegrass fraternity’s best, and his interest beyond the bluegrass genre expanded exponentially. He says he’s not completely at ease with the bluegrass tag, even if his father, Trev Warner, remains one of Australia’s most renowned bluegrass instrumentalists. As Kym said in an interview more than a decade ago: “I’m not nearly as comfortable doing [bluegrass] as I am [playing] what would be Newgrass or folk music, which is far left, way more space for me. Just drawing on way different influences.”†

As Kym packs up his house and prepares to leave Austin, Texas, here’s a bag of questions and answers to bring everyone up to speed in 2022.
Let’s work backwards first…

Why after so many years in the US are you coming home to Australia?

The pull to come home has been there for a while. The need to be close to family again and to start the next phases of our lives whilst we’re still young and healthy enough, and have the energy and drive to make such a move. 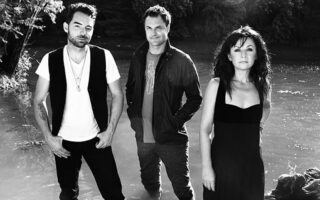 Let’s explore the very recent past first – Is it possible, with hindsight, for you to summarise the various broad phases of your US-based musical life since 2011?† When did The Greencards play their last gig? What were you doing after The Greencards stopped touring?

The Greencards were touring and recording until the end of 2013. Carol [Kym’s wife] and I had since relocated back to Austin where I began touring and recording with Robert Earl Keen. It was around this time that I started working on my solo shows, along with numerous bluegrass/ acoustic nights in and around Central Texas. This has kept me busy and inspired musically for the past seven or eight years.

Although The Greencards recorded their last CD (Sweetheart of the Sun) in 2013, you had recorded your own CD with guitarist Carl Miner (Kym Warner and Car Miner: live at their house) in 2012. Was this an indication of your beginning to pursue projects separate from the Greencards?

In 2015 you recorded another CD with guest artists, Everything That Brought Me Here. You wrote all the songs (with one exception). What was going on there?

I’m constantly writing bits and pieces and got to the point where I felt I had enough good material to start recording. It was my first (and only to this point) attempt at recording my own compositions as a solo artist, and to record myself as the studio engineer. I recorded all my own parts and sent files all over to gather the parts from the various other musicians.

While in the US, you pursued various other projects. You promoted Collings instruments [Texas-made], especially their mandolins. When did that begin, and how long did that liaison last?

I’ve been fortunate to be a Collings endorsee for the past 15 years to this day. I love their instruments. They are an amazing company with amazing people, many of whom have become my very close friends through the years.

What were the benefits of the arrangement?

They’ve looked after me in many ways. Discounted prices on instruments, promoting me and setting up and taking great care of all of my mandolins.

You also played a few house concerts with virtuoso mandolinist Adam Steffey. How did that come about, and how long did that liaison last?

Adam is incredible. One of my absolute favourites. We’d become friends through crossing paths on the acoustic scene over the years. I just had the nerve to ask him one day if he’d be up for doing some duo shows. He said yes. We did a number of small venues and house concerts up and down the east coast of America. This was an extremely memorable and inspiring time for me. 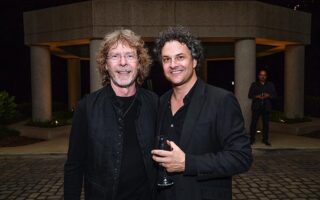 You also had some link-up with Sam Bush. How did that come about?

We’d [The Greencards] became friends with Sam as The Greencards found ourselves on many festivals and concert series with the Sam Bush Band. He was very gracious and supportive, he’d get up and jam with us, us with him and so forth. A great guy and my ultimate hero.

When and why did you become involved with guitarist Robert Earl Keen?

I first met REK in 2000 when I first toured America. He and his band members became fast friends with us. I stayed in touch and had sat in with him and the band many times. The Greencards opened many [of his] shows over the years also. Robert is one of the best songwriters out there, a true master. I jumped at the chance to join his band once The Greencards called time.

Did that liaison deliver anything musical that people can obtain today, exclusively evidencing your output, such as your own songs or instrumentals that ended up as recorded tracks under your copyright?

When did you join his group as a touring member?

Some saw that as atypical, in that you allowed your own ‘brand’ to be subsumed by Keen’s – any comment on that? Was it simply that you needed regular work and joining a touring acoustic band was the best way to do it?

Not to me. Robert’s touring show is far from just acoustic music, and that was a huge appeal to me. I love so many variants of music, genres and styles and the REK touring band offered so much: amazing songs played by great musicians, the freedom with how I approached the songs and what instruments to play, a wide landscape of music from very stripped down acoustic songs to full blown rock n’ roll. I loved every minute.

How long did that commitment last?

In a 2011 interview I asked: “Where will you be in 10 years’ time?” and you answered: “Get more prolific in recording, producing music.” Did you succeed?

To a certain extent. I’ve certainly gotten better at recording myself. Unfortunately I haven’t done much producing but I’ll keep pushing for that.”

What plans do you have back in Australia?

Initially to spend time with our families, play a bunch of shows in Adelaide [South Australia] with Meanwhile, Back At The Ranch and go see lots of footy. We plan to move to Melbourne [Victoria] in June [2022] to start the next chapter of our lives. I’m really keen to tap into the local music and arts scenes in Melbourne, and to continue working on my luthery skills. I really love workin on musical instruments, and I’ve been training with a luthier in Texas. I hope to gather many, many more skills in that department in the coming years.

† The 2011 interview from which that quote at the top of the article is excerpted is available as a separate article. It covers Kym’s life until that year, and explores the development of his musical career.