Kuykendall and Hicks With Rebel Records 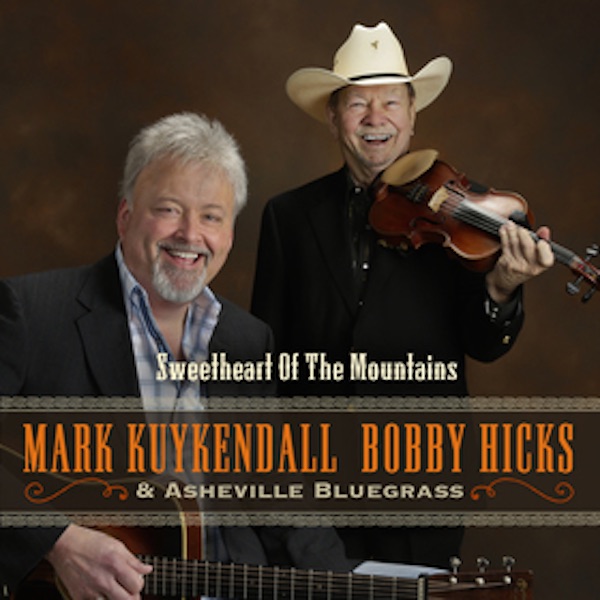 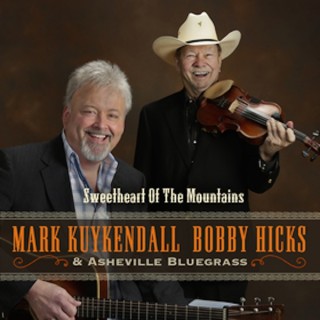 Rebel Records has signed Mark Kuykendall, Bobby Hicks & Asheville Bluegrass to its roster. “Sweetheart of the Mountains” is the first track off of Mark and Bobby’s debut album for Rebel. The album called, “Down Memory Lane” (REB-1855) is scheduled for release on CD and digital formats from the 6th. The single is available now through iTunes, Amazon and other select online music stores.

We are so honoured to have Mark Kuykendall, Bobby Hicks & Asheville Bluegrass join our stable of artists. Together, Mark and Bobby bring nearly a hundred years of experience to this album. Mark is a wonderful multi-instrumentalist and a top-notch traditional bluegrass singer and songwriter. Bobby – what more can be said about Bobby? His face will be forever etched on the Mt. Rushmore of fiddle players – Mark Freeman, Rebel Records President.

Bluegrass veteran Mark Kuykendall (pronounced “Kirk-en-dall”; no relation to Bluegrass Unlimited founder Pete Kuykendall) took a 15 year break from the music industry before recording this fine new project for Rebel. The talented musician, who began his professional career at age nine playing and recording with Raymond Fairchild and then spent years in the bands of legendary artists including the Father of Bluegrass Bill Monroe and the King of Bluegrass Jimmy Martin, concentrated on his antique car business so he could stay off the road and raise his daughter Dorothy Caroline.

Kuykendall decided to record Down Memory Lane as a gift for his teenage daughter. Shortly after the album was completed, he played it for International Bluegrass Music Association (IBMA) Hall of Famer Sonny Osborne one day at the Banjothon Gathering in Maryville, Tennessee. After being impressed with what he heard, Osborne encouraged Kuykendall to take the album to the folks at Rebel. The rest, as they say, is history.

The official title of the band is Mark Kuykendall, Bobby Hicks & Asheville Bluegrass. The inclusion of Hicks on this recording was an easy decision. Hicks, now in his 80s and playing as strong as ever, is a highly respected bluegrass fiddler who started working with Bill Monroe in 1954. He would later go on to play for Ricky Skaggs & Kentucky Thunder for 22 years, performing on Skaggs’ most successful recordings and winning 10 Grammy Awards along the way.

What Kuykendall and Hicks share is a love for bluegrass music and a deep affection for western North Carolina. Hicks was the North Carolina Fiddle Champion when he was 11 years old and just last year was the recipient of the prestigious North Carolina Heritage Award. He has also been inducted into both the North American and World Fiddlers Hall of Fame. The remainder of the band includes Nick Chandler on mandolin and baritone vocals, Nick Dauphinais on bass and tenor vocals and Seth Rhinehart on banjo.

Kuykendall wrote five of the songs on Down Memory Lane, most of which were written earlier in his life and now have been resurrected.

I wrote ‘Sweetheart of the Mountains’ when I was in my early teens about a former girlfriend. As for the rest of the songs, I hadn’t sung them in over 20 years. I wrote them when I was with Monroe, and I would get his mandolin and go to the back of the bus to work them out – Mark Kuykendall.

For those who will be attending IBMA’s World of Bluegrass, Mark Kuykendall, Bobby Hicks & Asheville Bluegrass will be performing there at the Wide Open Bluegrass Festival on 3rd October.