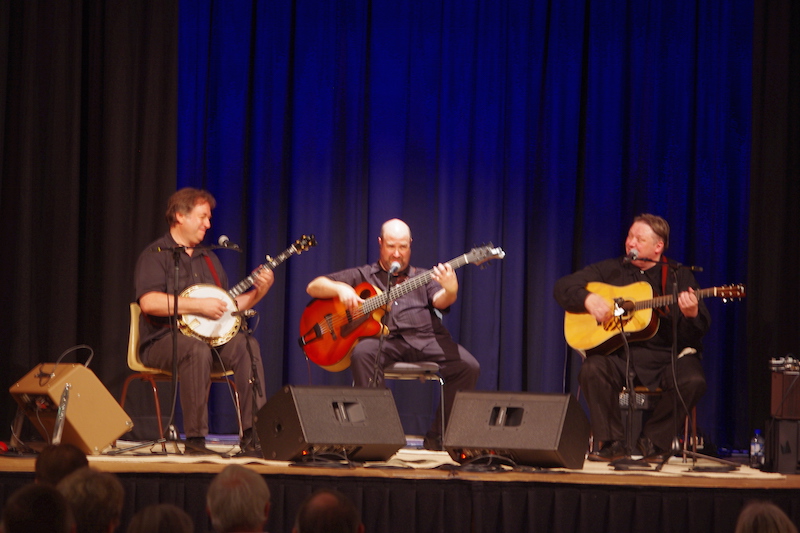 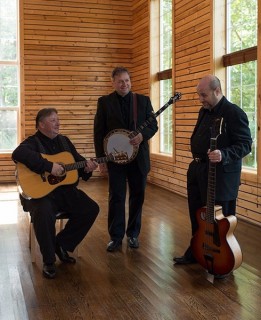 Known for inventive compositions and performances that defy categorisation, The Kruger Brothers have announced tour dates for 2016.

Since their formal introduction to American audiences in 1997, The Kruger Brothers’ remarkable discipline, creativity, and ability to infuse classical music into folk music has resulted in a unique sound that has made them a respected fixture within the world of acoustic music. The honesty of their lyrics has become a hallmark of the trio’s work.

Born and raised in Europe, brothers Jens and Uwe Kruger began singing and playing instruments at a very young age, and began their professional career in 1979. With the more recent addition of New York City native, Joel Landsberg, (who comes with his own noteworthy musical pedigree, having studied with jazz great, Milt Hinton), the trio has been performing together since 1995, and is now based in Wilkesboro, NC.

Jens Kruger was awarded the Steve Martin Prize for Excellence in Banjo and Bluegrass Music in 2013, the fourth recipient of this prestigious honour. Jens is known for innovative banjo compositions and performance, integrating folk music with European classical music.

Uwe Kruger shines as a singer who is both direct and emotive, and for his impeccable guitar playing. He is also the lyricist for the group’s original songs.

The Kruger Brothers’ music is at once thoughtful and lyrical, and then virtuosic and complex. The experience is always profound.

In their ever-expanding body of work – Jens Kruger (banjo, vocals), Uwe Kruger (guitar, lead vocals), and Joel Landsberg (bass, vocals) – The Kruger Brothers personify the spirit of exploration and innovation that forms the core of the American music tradition. Their original music is crafted around their discerning taste, and the result is unpretentious, cultivated, and delightfully fresh.

In addition to their regular concert schedule as a trio, The Kruger Brothers perform classical pieces regularly with select symphony orchestras and string quartets throughout the country. An evening with The Kruger Brothers is a powerful and inspiring experience.