Kody Norris Show – All Suited Up 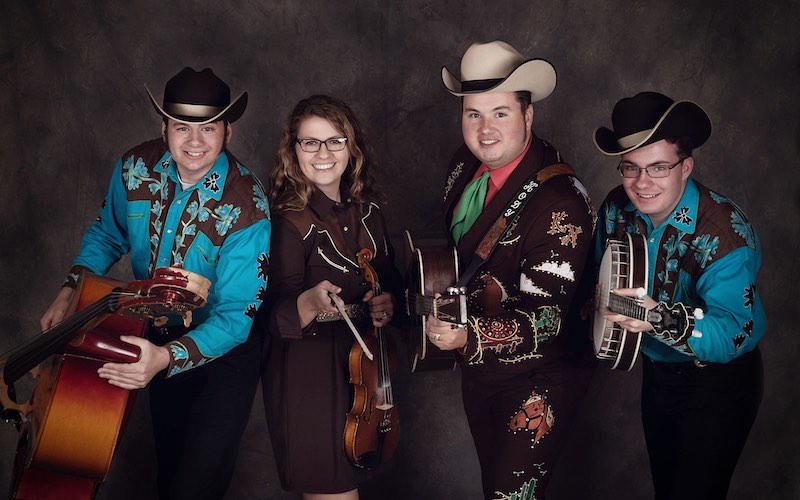 The Kody Norris Show has completed their new album All Suited Up, set for release 23rd April, 2021.

Produced by Darin Aldridge of the multi-award-winning Bluegrass/Americana duo Darin and Brooke Aldridge, All Suited Up showcases The Kody Norris Show’s neo-traditional virtuosity, creative energy, and passion for the music. While some bands honour their mentors by reproducing great music of the past, The Kody Norris Show inhabits traditional bluegrass and confidently carries it forward.

All Suited Up is available for pre-order now. The 12-track project promises to be an ideal representation of the unique sound that is The Kody Norris Show: rooted in tradition, always with a new twist, anchored by first-rate musicianship. Pre-orders include three tracks instantly available for download: the never-before-heard Farmin’ Man in addition to two prior radio singles, Love Bug and Ole Carolina.

I’m just really proud of this project, and so honored to have had Darin Aldridge in the producer’s chair. It feels like it’s been a long time coming, and I’m grateful to the fans who’ve tirelessly urged us to release a new album, and to all of the good folks at Rebel Records for believing in us – Kody Norris.

The Kody Norris Show has been active for more than a decade, with an enviable tour schedule that, during normal times, boasts nearly 100 shows per year. A performance by this group is a little retro, bluegrass and rockabilly, with stories and humor from the band, in addition to top-notch playing. The group recalls the traditions created by Bill Monroe, a bit of Jimmy Martin’s showmanship, some of the Stanley Brothers’ harmonies, with a touch of the Grand Ole Opry and Vaudeville – all complete with colorful, tailored, rhinestone suits.

The Kody Norris Show is fronted by Norris on guitar with his wife Mary Rachel Nalley-Norris on fiddle, Josiah Tyree on banjo and Cousin Charlie Lowman on bass.

For more information on the Kody Norris Show visit their website.