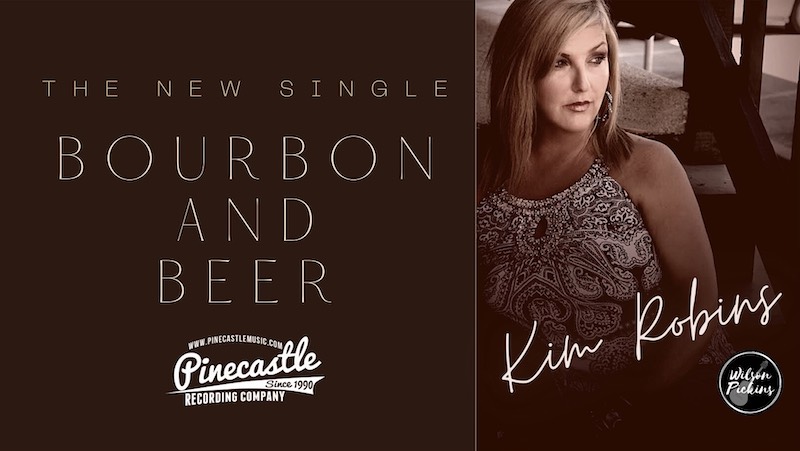 Kim Robins has announced the release of her latest single, Bourbon and Beer.

This new track Bourbon and Beer is featured on the current album, Leave the Porch Light On. The fiddle-driven tune also includes musicians like Brennan Hess, Clay Hess, Kyle Estep and Tim Crouch who assist the Indiana native with instrumentals.

The song, along with the full project is available for download/streaming here. 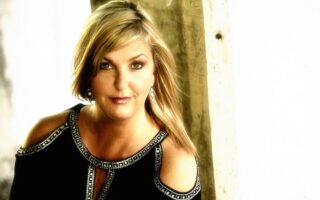 Bourbon and Beer tells a haunting story about a husband who can’t crack his addiction, which ultimately leads to more issues down the line. The lyrics were perfectly captured by co-writers Kim Robins, David Morris and Dawn Kenney. It was met with high critical-acclaim when Roots Music Report gave the project a five-star review, while noting that Bourbon and Beer was one of the standouts.

Suffice it to say Leave the Porch Light On is a sturdy yet sincere offering that brings Robins’ incisive presence solidly to the fore. That makes this album an illuminating effort indeed – Bluegrass Today.

Recorded during the COVID era, Leave The Porch Light On features a collection of 13 recordings. It’s very obvious when listening through the record, listeners can hear various influences that stay true to the Hoosier’s unique sound. There’s also no shortage of hit songwriters on the collection, including tracks penned by Paula Breedlove, Mark Brinkman, Rick Lang, Alan Johnston, and more.

Kim was born into a musical family and began singing at the age of five in church and her father’s band. Her influences are from the music by Connie Smith, Loretta Lynn, Buck Owens, Ray Price, Bill Monroe, and Barbara Mandrell. She was an original member and the youngest of the Little Nashville Opry in Nashville, Indiana. Her mother’s encouragement that she needed to practice daily and sing loud, has paid off as she traveled all over the country, opening for legends such as Loretta Lynn, Conway Twitty, Barbara Mandrell, and The Oak Ridge Boys.

Kim grew up with music in her veins but, at age 19, gave her first love a backseat to a new love – her baby girl. After earning two college degrees, singlehandedly raising her daughter, and establishing a career, Robins met and married renowned banjo player Butch Robins. That reignited her dream of performing music. With Butch’s encouragement, she started writing music and finding venues to showcase her powerful vocals.

Kim has since gained attention with her high-energy, contemporary sound. She has performed with her band, 40 Years Late, at the International Bluegrass Music Association’s World of Bluegrass, The Society for the Preservation of Bluegrass Music of America (SPBGMA), The Folk Alliance in Memphis, and Merlefest. In addition, she has opened for notable bluegrass artists such as Ralph Stanley, Bobby Osborne, and Junior Sisk and Ramblers Choice.