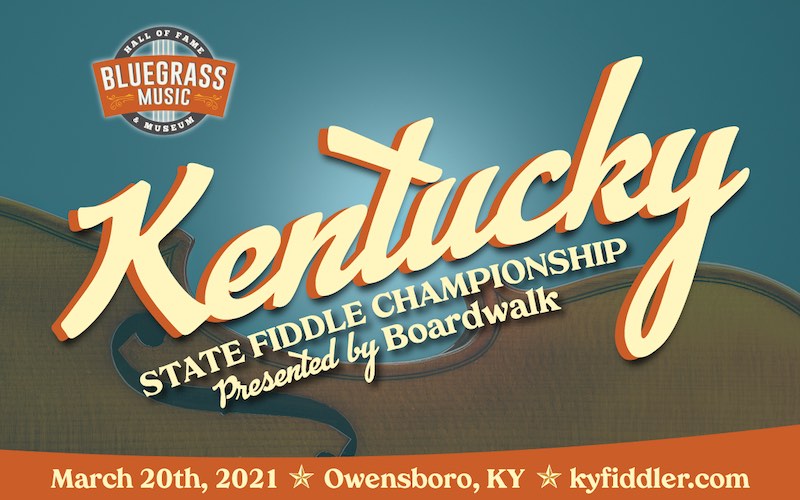 On Saturday, March 20th the Bluegrass Music Hall of Fame & Museum will host the 47th annual Official Kentucky State Fiddle Championship presented by Boardwalk Pipeline Partners. The competition has a new home at the Bluegrass Music Hall of Fame & Museum and will be part of the museum’s annual programming with 2021 marking the beginning of the next chapter in this historic contest. There are four fiddle categories ranging from 12 and under to a senior fiddle category for those 50 and over. In addition, musicians will also compete for the State title in mandolin, guitar, bluegrass banjo, and clogging.

Information can be found on a new website designed by the Bluegrass Music Hall of Fame & Museum. 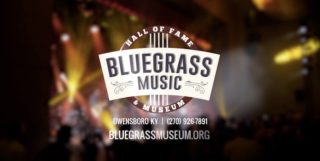 The 3rd weekend of March is marketed by the Hall of Fame as a “Bluegrass Weekend in Owensboro” hosting Grammy-winning artist Rhonda Vincent for two shows on Friday, March 19th and the Official Kentucky State Fiddle Championship Saturday, March 20th beginning at 10 am running throughout the day and into the evening.

Rhonda Vincent & The Rage will play two shows March 19th at 5:00 pm and 8:30 pm. Seating is limited to meet State requirements for social distancing, and tickets are available at Bluegrass Music Hall of Fame & Museum. Tickets for the fiddle contest March 20th are $10 at the door for all-day access to the fiddle competition as well as access to the exhibit space within the Hall of Fame.

The Bluegrass Music Hall of Fame & Museum is committed to safety following all State and local guidelines with regard to masking and social distancing, temperature checks when entering the building, and hand sanitizing stations located throughout the building.

The Hall of Fame’s Grand Opening was held in  October 2018, celebrating the opening of the $15 million building at 311 West Second Street, in downtown Owensboro, Kentucky. The doors were opened for three days of music highlighting the rich past, dynamic present, and exciting future of bluegrass music.

We are so pleased to be working with Boardwalk Pipeline Partners to present the Official Kentucky State Fiddle Championship. This event lends itself well to managing the number of people in the building because we expect a flow of people coming and going throughout the day. It is similar to a sports tournament in that people move in and out of the competition area depending on who is competing at any given time. Hall of Fame staff and volunteers will monitor this throughout the day on March 20th.

The Official Kentucky State Fiddle Championship has a long history and was held at Rough River Dam State Park for many years. We are excited about bringing the event back and folding it into the other programs and events we produce here at the Hall of Fame. Instrument contests like this attract a lot of young musicians and their teachers and provides them something to strive for. Fiddling is an important part of our Kentucky heritage, and we want to bring attention to it and highlight the musicians who remind us that this music is alive and well. We are committed to “music that matters” and this certainly falls into that category. We hope events like this will inspire the next generation of musicians – Chris Joslin, Hall of Fame Executive Director.

About The Kentucky State Championship:

The original Kentucky State Championship Old Time Fiddler’s Contest was the brainchild of Jodie Hall in the mid-1970s. Hall was born in Hardin County but a long-time resident of Leitchfield in Grayson County. He was a monument salesman by trade, and through his friendship with Bill Monroe created the grave monument for Pendleton Vandiver, Bill Monroe’s Uncle Pen. He was also an instrument repairer, storyteller and musician.

After the success of the first event in 1974, contest organizers traveled to the state capital in Frankfort and met with Governor John Y. Brown, who issued a proclamation in 1975 naming this event the Official Kentucky State Championship in fiddle, clogging, harmonica, banjo, flat-top guitar, and all acoustic stringed-instrument categories with the exception of dulcimer.

As the new State Championship, the event was set to be held the 3rd Saturday of every July and moved to Rough River Dam State Resort Park. The Governor’s Cup trophy, a silver bowl, was awarded each year to the new Kentucky State Champion. Both the contest and the award became one of the marquee titles in the entire Southeastern US and drew contestants from all over the US, Canada, and other countries.

In 2012, the contest took a pause for a year and moved to a new venue and continued through 2014. The caretakers of the event then worked collaboratively with the Bluegrass Music Hall of Fame & Museum in Owensboro, Kentucky to fold the fiddle contest into the broader work and programming of the Hall of Fame. 2021 marks the return of the Official Kentucky State Fiddle Championship at its new home at the Hall of Fame in Owensboro. The event is expected to once again evolve into one of the major competitions in the Southeastern US.