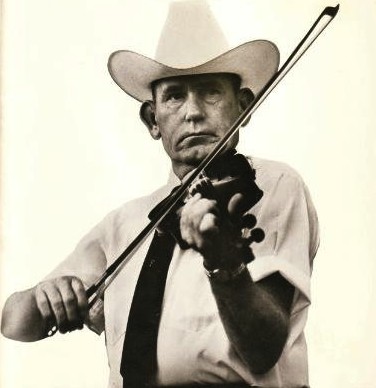 We received news from the USA this week  of the passing of legendary fiddle player Kenny Baker.

Kenny Baker, born in Jenkins Kentucky in June 1926, was considered to be one of the most influential fiddlers in bluegrass music. In fact, he served more years in Bill Monroe’s band than any other musician. Kenny Baker’s long-bowing style, added a smoothness and clarity to his fiddle playing and he was chosen by Monroe to record the many fiddle tunes passed down from Monroe’s uncle, Pen Vandiver.

Both his father and grandfather were fiddlers, and by eight years of age, Kenny himself had picked up the fiddle. After a stint in the navy, Baker returned to Kentucky, where he worked in the coal mines and played fiddle and some guitar at local dances. By 1953, country singer Don Gibson recruited Kenny to play  with his band at radio station WNOX in Knoxville, Tennessee. It was during this time that Kenny Baker built on his style, and was influenced by the smoother jazz-violin style of Stephane Grappelli. Kenny also began to develop his long-bowing style of playing, which blended and elongated notes much more than the traditional chop of bluegrass fiddle. Of his own fiddle style, Baker would later comment that bluegrass is nothing but a hillbilly version of jazz music.

Doc Hamilton from the USA has published a group of photos of Kenny Baker here on his Photo Gallery.