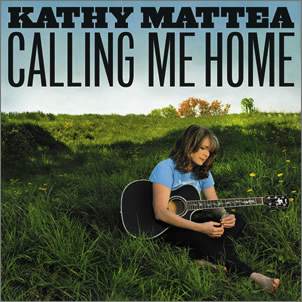 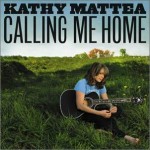 Most artists take fewer and fewer risks as they get older, but Kathy Mattea is a striking exception. She didn’t play it safe while she charted mainstream country hits—16 of them reaching the top ten—and it seems that she’s not about to start now.

Four years ago, Kathy Mattea who is arguably one of the most sure-footed country-pop song interpreters of her generation, caught everyone off guard with an album of old-timey Appalachian mining songs called Coal. She’s delved even deeper into her Appalachian heritage with Calling Me Home, to be available from Sugar Hill on 11th September, 2012, co-produced with modern acoustic mastermind Gary Paczosa and featuring liner notes from bestselling author, and Kentucky-born kindred spirit, Barbara Kingsolver.

Mattea’s new direction couldn’t have taken her further from her old way of doing things. Where once she was pitched songs by Music Row writers, now she collects the generations-old and new but old-in-soul tunes that move her at folk gatherings, and rounds out her repertoire through extensive research. Two songs here came from a CD that Alice Gerrard, of the influential ‘70s folk duo Hazel & Alice, personally pressed into her hand at one such festival.

My big fear when I made “Coal” was I didn’t grow up singing this stuff from when I was young. I’ve had a commercial music career for decades now. Am I gonna sound like a lounge singer trying to sing Appalachian songs? – Kathy Mattea.

Thankfully, that fear didn’t stop her from taking the leap, and both Coal and Calling Me Home offer decisive proof that she’s no dilettante. She’s always had a profound respect for traditional folk music—her ancestors played it, and in college she even took clawhammer banjo lessons and formed a bluegrass band—but she only recently came to accept that the music is in her blood.