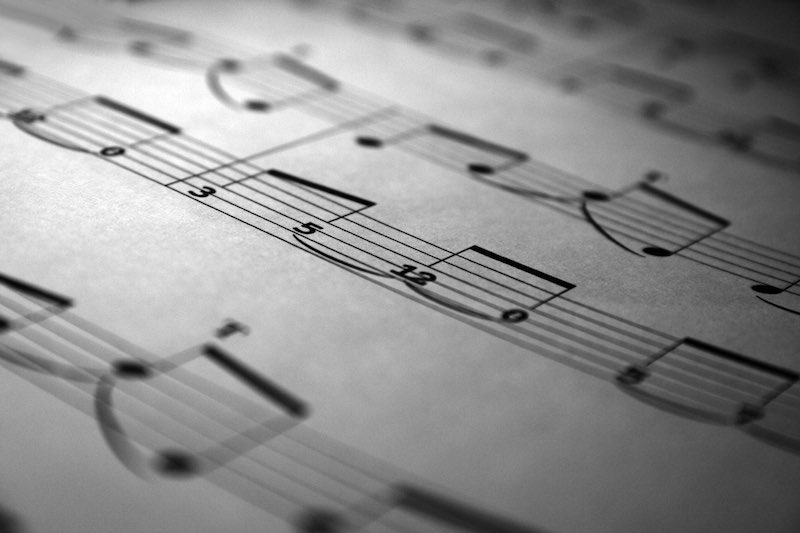 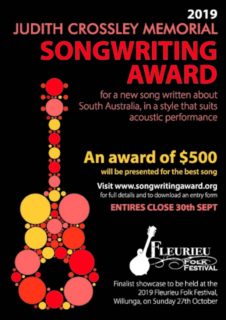 Judith Vivienne Crossley was born in the UK in 1934 and immigrated to Australia and arrived in Adelaide when she was in her twenties.

Crossley was a keen singer and songwriter and soon became a familiar face at local folk clubs and regional festivals. She enthusiastically supported songwriting competitions held in conjunction with those festivals and was passionate in her support of her adopted home.

Judith loved to encourage fledgeling songwriters, in particular, those writing about the history, places and people of her adopted state of South Australia. Over her long life, she strongly supported SCALA (Songwriters, Composers and Lyricists Association) and the South Australian Folk Federation.

Judith died in 2014 and in her will she left a legacy to establish a songwriting competition for South Australia. This is now known as the Judith Crossley Memorial Songwriting Award and it is now in its fifth year. The competition has produced some well-crafted songs, with topics as diverse as murder in a country town, a lighthouse keeper’s life on a small island or a tribute to the bravery of a local resident.

The songs submitted should all be original compositions, and be suitable for acoustic performance. The entry must relate to South Australian places, people or events. Entry is free and an award of $500 is made to the entry deemed to be the best from a selection of 10 finalists by an independent panel of 3 judges.

The judging for the competition takes place as part of the Fleurieu Folk Festival each October. Judges select ten entries which are performed in a concert by their writers. In previous years, the award has been used by several of the winners to produce a CD of their original works.

Entries for the competition are now open and will close on 30th September 2019.

See the website for specific details and conditions of entry.