John Flanagan and The Begin Agains 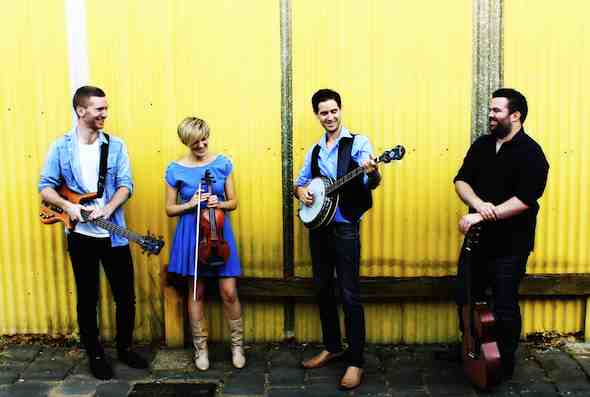 Here’s an exciting new album (EP) from the band John Flanagan and The Begin Agains. The band has used old school recording techniques and equipment for this their latest release EP called Young Minds.

The band has blended Americana musical arrangements with good-old Australian songwriting to create this simple but highly expressive style of folk/bluegrass storytelling. The musicianship is strong, the CD well produced and the songwriting provokes. The songs on the EP were all written by John Flanagan with the exception of one track If We Got The Love was written by John Flanagan and Tom Tuena.

With comparisons to artists such as Gillian Welch, James Taylor and Alison Krauss this Melbourne based quartet features Jane Patterson, Andy Zito, Mark Zito as well as John Flanagan.

The band has travelled the east coast with appearances at festivals such as Woodford in Queensland, Cygnet in Tasmania and Queenscliffe in Victoria.

This album has been produced by Matt Walker, engineered by Dave Manton at the 8 Track Shack. The album cover was designed by Annie Davidson.

John Flanagan and The Begin Agains new EP Young Minds will be released at a launch on 26th May at Spencer’s Live followed by a tour through regional Victoria.

Tracks on the EP Include:

The production of this new album was supported by the Victorian State Government through Arts Victoria.