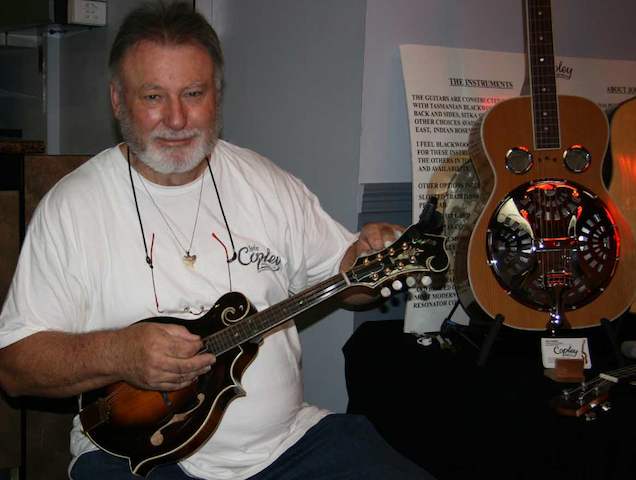 We have heard from John Copley who is a well-respected resonator guitar maker from Canberra and we’ve added him to our Luthier List.

John has been on the Canberra Bluegrass scene since the 1970’s performing on banjo & Dobro with the legendary Tag and the Noose Brothers pioneering bluegrass music around the district for many years. During this time he constructed several banjos and a mandolin and this stirred up a need to keep making instruments.

The lack of quality square neck resonator guitar in Australia led John to build one for himself. The result of this project was so successful that it led to constructing a purpose-built workshop containing all the right equipment This allowed him to pursue his long-held dream of building high-end, custom-made instruments in the bluegrass genre.