Joe Mullins – Somewhere Beyond the Blue 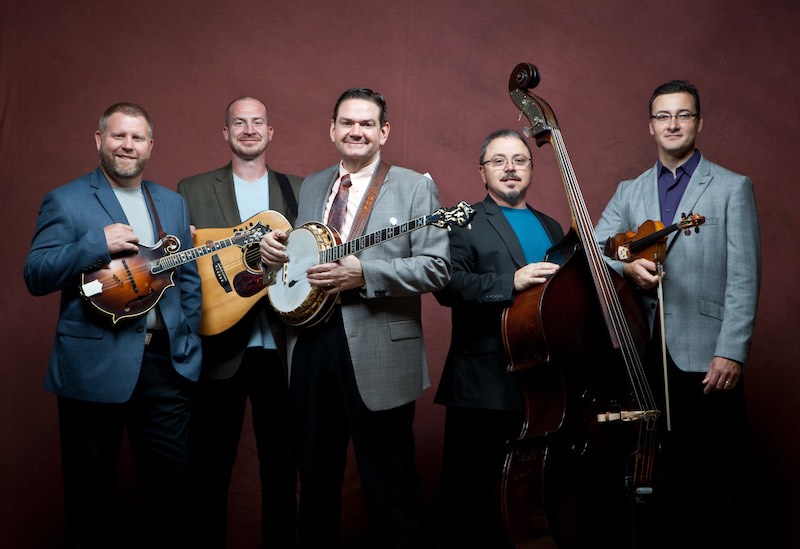 Here is the release of the band’s latest all-gospel album, Somewhere Beyond The Blue, available today.

With Gospel Song and Song of the Year awards from the International Bluegrass Music Association to their credit, we can expect the 2019 Entertainers of the Year, Joe Mullins & The Radio Ramblers, to deliver an outstanding sacred recording. Anyone who has listened to a Joe Mullins-produced album knows his penchant for perfect song selection and arrangements. As a lifelong musician and radio broadcaster (Front Porch Fellowship, Singing News Network, and Hymns From The Hills, Real Roots Radio), Mullins always has his ear to the ground for “under-covered” music as well as new songs he can bring to the band’s audience. Somewhere Beyond the Blue is a flawless example of crafting a playlist of time-honored selections and previously unrecorded music, and without liner notes in hand one would never know the difference.

The first single, Hear Jerusalem Calling, has been a highly successful chart-topper reaching #1 two consecutive weeks on Bluegrass Today’s Top 10 Gospel Songs chart. Written by Marty Stuart and Jerry Sullivan, it’s the lead off track of the album. Clinging To A Saving Hand penned by Bill Mack and originally recorded in 1970 by Connie Smith, flows like the Jordan River through the Sea of Galilee with Mullins’ rich tenor voice. Jeff Parker makes his recording debut with the Radio Ramblers on You Gotta Get Down, an a capella quartet song that showcases his appeal as a lead vocalist as well as Randy Barnes’ on bass vocal, heard throughout the album. Written by Larry Cordle, Galen Griffin, and Larry Shell, it’s one of the new songs that transitions seamlessly into a classic written in 1946 by Vep Ellis, I’m Never Alone.

Since returning to the band in 2019 after a six-year hiatus, Adam McIntosh contributes solid rhythm and tasteful lead guitar to a Radio Ramblers recording. The country-flavored Living Left To Do (Conrad Fisher) is perfectly suited for his smooth vocal style. Jerry Salley, who wrote the band’s 2016 Gospel Song of the Year (All Dressed Up), co-wrote two songs for the album with Bill Anderson (Go Spread The Gospel) and Jim McBride (There’s No New Way Home). Both songs share the most important message of the Gospel: salvation and telling the good news. The driving With The Spirit of the Lord Inside (Mark Bishop) and A Song The Angels Cannot Sing (Terry Breedlove) remind listeners the band is grounded in bluegrass with their toe-tapping, hand-clapping, feel-good tempos.

There is no question Joe Mullins & The Radio Ramblers are masters of their respective instruments as evidenced throughout Somewhere Beyond The Blue. However, gospel recordings often offer musicians an opportunity to show their softer side when the wood and string bodies are laid down, and the only thing between them and their audience is their vocal vulnerability. Written by Chris Rice and once again performed a capella, Untitled Hymn (Come To Jesus) unapologetically shows the intimate relationship each singer has with their Savior Jesus Christ, and is a truly tender and moving moment.

The album comes to a close with a Jim Rushing song that will most assuredly touch the heart of anyone who has sat bedside with a loved one in their last hours of life. Again, McIntosh’s silky vocal reaches the soul. Wrapped up with Jason Barie’s solo of triple fiddles, Somewhere Beyond The Blue is a spirit-stirring masterpiece giving praise, honor, and glory to the One responsible for it all.

Somewhere Beyond The Blue is available to radio via AirPlay Direct on Billy Blue Records. Consumers may purchase the album here. For more information, visit RadioRamblers.com and BillyBlueRecords.com. 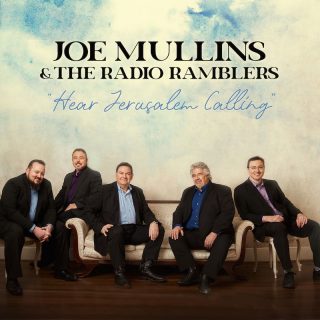 About Joe Mullins & The Radio Ramblers:

Named Entertainers of the Year by the International Bluegrass Music Association (IBMA) in 2019, Joe Mullins & The Radio Ramblers have consistently delivered chart-topping radio hits and energetic performances more than 13 years. The Radio Ramblers are seen by tens of thousands of bluegrass fans every year and since 2013 have become regular guests on the historic Grand Ole Opry. Their previous album, For The Record for the Nashville-based label Billy Blue Records, remained on the charts for a record 13 months and produced multiple top 10 singles. Joe Mullins & The Radio Ramblers have generated an in-demand following on the national scene, allowing them to be one of today’s most heralded torch-bearers in mainstream bluegrass and gospel music.