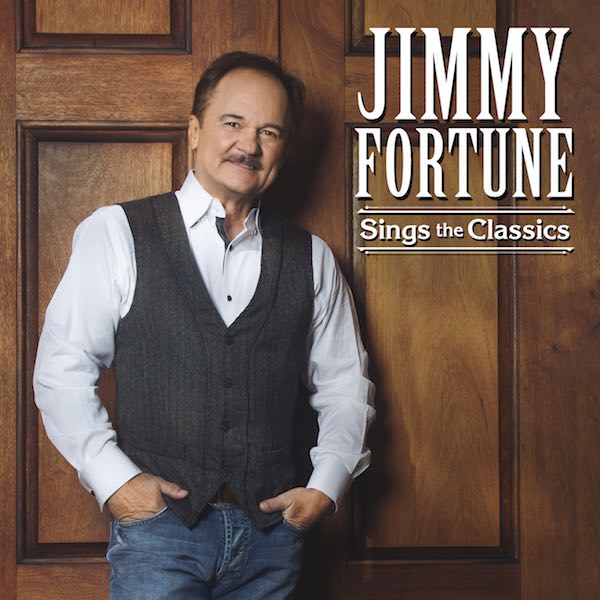 Jimmy Fortune, a Country Music Hall of Fame inductee and member of the legendary Statler Brothers, has just completed an all-new recording, Jimmy Fortune: Sings the Classics. The album, which will be available from 21st April, features collaborations with longtime friends Ricky Skaggs, The Isaacs and the Voices of Lee. The Gaither Music Group project will be available at music retailers everywhere, along with Cracker Barrel Old Country Store locations nationwide.

This project is very special and dear to my heart. A lot of hard work and thought went into picking each song, songs that shaped my life. I love them all and I think anyone who hears it will feel the same way – Jimmy Fortune.

Known for his unmistakable tenor voice that has captivated audiences throughout his 21-year tenure with The Statler Brothers, Fortune puts a new twist on some of his old favourites on the upcoming album. Jimmy Fortune: Sings the Classics features 14 new studio recordings of classic songs that have all left their mark in music history.

Standout tracks on the project include the classic Hank Cochran-penned “Make the World Go Away,” which has been recorded over the years by some of music’s greatest voices including Ray Price, Eddy Arnold and Donny & Marie Osmond. Another highlight is the country classic “Take Me Home, Country Roads,” which is one of the most well-known songs in the history of the genre. Paying homage to his Statler Brothers’ heritage, the project also features a new recording of the signature Grammy Award-winning hit “Flowers on the Wall,” a tune which Fortune knows well, as it was the first major hit for the iconic quartet. 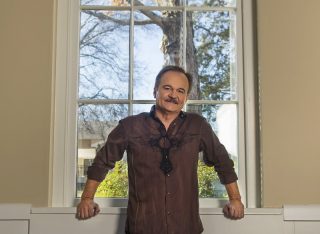 The past year has been a career-defining time for Fortune, who was honored by the Academy of Country Music at the 10th Annual ACM Honors with the “Cliffie Stone Pioneer Award” for his incredible contribution to country music, along with each member of The Statler Brothers. The Gospel Music Hall of Fame hit maker also received his first GMA Dove Award for “Bluegrass Recorded Song of the Year” for the track “Life’s Railway to Heaven” featuring The Oak Ridge Boys and found on his previous critically acclaimed album, Hits & Hymns (Gaither Music Group).

Jimmy Fortune will be hitting the road in 2017 in support of the upcoming album, with a 40-plus city tour where fans can hear him sing No. 1 Statler Brothers’ hits such as “Elizabeth,” gospel favourites, and classics featured on his upcoming album. Fans who want an up-close and personal experience can set sail with Fortune on the 14th Annual Jimmy Fortune Alaskan Cruise, set for departure this July.

The recording will be exclusively distributed by Capitol Christian Distribution and Universal Music. It will be available throughout general market stores and the Christian marketplace and through online retailers including iTunes, Amazon, Walmart, Crackerbarrel and www.gaither.com.

Jimmy Fortune toured, sang and performed with the legendary Statler Brothers for 21 years. He joined them first as a temporary replacement for Lew DeWitt, after DeWitt heard him singing at a ski resort and recommended him. Following an audition in Nashville, Jimmy was contacted by The Statler Brothers and performed his first show with them on January 28, 1982, in Savannah, Georgia. Due to the debilitating effects of Crohn’s Disease, Lew was unable to return to the stage with the Statlers, and Jimmy was hired as a permanent replacement in August of 1982.

After The Statler Brothers retired on October 26, 2002, Jimmy seized the opportunity to launch a solo career to share new music with his fans. His first solo CD, When One Door Closes, was released August 2003 on Audium/Koch. He released a gospel album, I Believe, in June 2005, a Christmas CD, Feels Like Christmas, in 2006, a live concert DVD in 2007 a country CD, Windows in 2009, Lessons in 2012, and Hits & Hymns CD and DVD through Gaither Music Group in 2015. The DVD debuted at #1 on the Billboard sales chart. Jimmy is currently living in Nashville, writing, and touring.