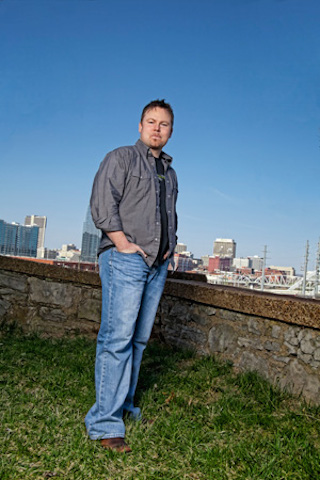 After after some 16 years of touring and recording Jim VanCleve has announced this week that he has decided to move on from Mountain Heart.

As one of the most in-demand session musicians in Nashville, Jim has played on countless recordings over his impressive career. He played a prominent role as fiddler on the 2004 Country Album of the Year Livin’, Lovin’, Losin’: The Songs Of The Louvin Brothers, garnering him his first Grammy. He also recorded fiddle for a smash-hit single drawn from American Idol winner, Carrie Underwood’s Some Hearts (2005), his first participation in a multi-platinum seller where he was prominently featured on the Billboard Magazine #1 hit single “Don’t Forget to Remember Me”. He has many other credits in his list.

Jim VanCleve is also in demand as a session producer. Recent projects have included his solo effort, Mountain Heart’s “Live “ CD, the latest project from rising group Newfound Road, both of the releases by the IBMA award nominated group Carrie Hassler and Hard Rain, the super-group Mashville brigade and the instrumental “Pickin on Taylor Swift”.

He released this statement this week:

I am publicly announcing my decision to leave Mountain Heart.We have discussed this together, and I leave on what I think must be considered the absolute best of terms. These fine gentlemen are much more than co-workers, they are family. While it’s been a very difficult decision to reach, I feel that the timing is right and that God has been tugging me to explore a number of different opportunities that have presented themselves over the last few months, as well as be open to new ones I’m not yet aware of.

As some may already know, I’ve been very blessed to become deeply engaged in the Nashville studio scene: from producing full projects in a variety of genres, to A & R, session work, mixing/mastering/editing, and a myriad of other tasks. Between all this, and my intent to freelance with a number of various artists, teaching online and at various camps, my goal is to be as busy as ever, which is just the way I like it. So, I am looking forward to collaborating with many new faces in a variety of situations moving forward.

My time with the Mountain Heart boys has been an amazing adventure. It’s no small thing to be able to create and perform your own music with literally some of the very best musicians in the world, who – as many of you know – are also some of the finest people you’ll meet as well. From the very first iteration of the band, almost 16 years ago, to today’s band, the hallmark we created with Mountain Heart has been a positively-charged, energetic, and highly personal approach to American Music.

We poured ourselves into what we created. We took a lot of chances, broke a few rules, even took some lumps. But, ultimately we excelled and succeeded in many things we weren’t sure could be done.

Mountain Heart has afforded me the opportunity to grow as a musician, as a producer, as a writer, as an arranger, and most importantly, as a teammate and person. I am proud of what we’ve accomplished, and I am heartily wishing these boys the VERY best as they move forward, and continue to set new musical standards for us all.

I feel that I am leaving Mountain Heart as strong as ever, and that they are on the precipice of entering yet another great season. At present we have agreed that, though I will begin appearing with a variety of musical ensembles immediately, I will also be playing the remainder of the calendar dates Mountain Heart has scheduled for 2014 as well. It is my hope to be able to visit with many of our long time friends and fans during this time – and I’ll admit – to “throw down” with with these particular guys a few more times!I look forward to seeing everyone, either with Mountain Heart over the next few months, or wherever our paths may cross from here forward.

Please visit me at https://www.facebook.com/jimvancleve.fp?ref=hl to stay up to date on whatever is next. God bless – Jim VanCleve