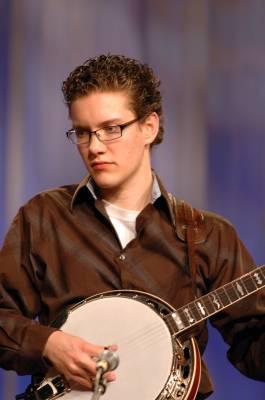 Jamie Dailey and Darrin Vincent of Dailey & Vincent have announces that Jessie Baker will join the band as banjo player and harmony vocalist.

Acclaimed banjoist and vocalist Joe Dean, a founding member of Dailey & Vincent’s band, will leave to pursue other endeavors.

We love Joe, and we’re thankful for the amazing job he’s done as a founding member of our band. His talent has been an integral part of what we’ve been able to achieve and experience over the last five years – Jamie Dailey.

Change is never easy for us, but we know in our hearts that Jessie will do a fantastic job for us, and we’re thrilled to welcome him into our Dailey & Vincent family – Darrin Vincent.

I’ve been a big fan of everyone in the group ever since I started playing, and I’m really excited about getting out on the road and working with all of them – Jessie Baker

Jessie Baker was born in Martinsville, Indiana, on February 7, 1991. His mother recognized that even at an early age, Jessie was fascinated
by music.  When he was 9 years old, his grandmother bought him a pawnshop guitar for Christmas. While he was learning to play guitar, Jessie met a local musician who introduced him to the sound of a banjo, and he was hooked from that moment on.

Jessie started on the road on his sixteenth birthday with Texas-based Karl Shiflett & Big Country Show. After touring with Shiflett’s group for a year and a half, Baker joined Wildfire.   In September 2009 he joined Michael Cleveland & Flamekeeper, with whom he won three IBMA awards, including two Instrumental Group of the Year trophies and Instrumental Recorded Performance of the Year. In February 2011 Jessie joined the award-winning Doyle Lawson & Quicksilver and recorded two albums with the group.