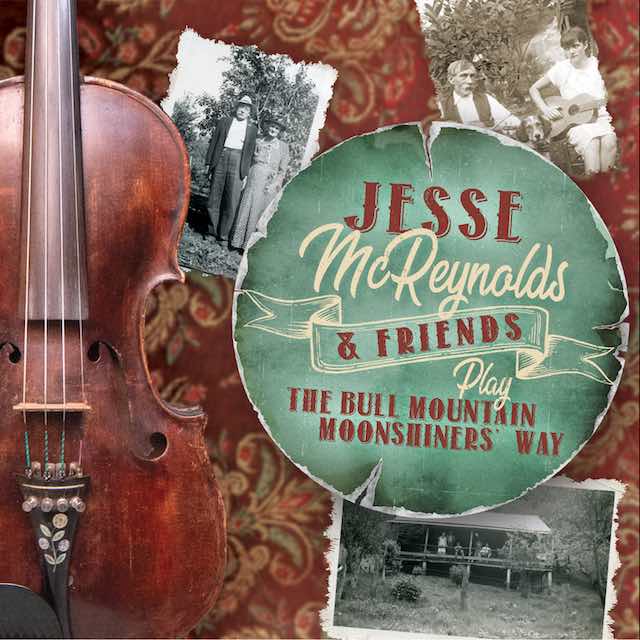 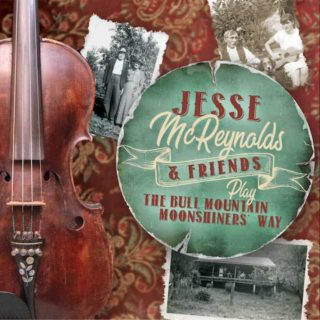 After recently celebrating his 55th anniversary as a member of the legendary Grand Ole Opry, Jesse McReynolds has announced the release of the lead single from his upcoming record, The Bull Mountain Moonshiners’ Way. The title track, which is available now, serves as the first offering from the highly-anticipated fiddle-themed collection, which will be released on 27th Sept.

Where I grew up, making mountain moonshine was the way that people survived. I later got my Grandfather’s fiddle that’s around 200 years old. Shortly after, I found out that he had used it during the Bristol Sessions. His house is the one that’s on the album cover. There’s a lot of history in there, and I’m lucky enough to be the one who inherited the fiddle and got so many amazing musicians I’ve worked with over the years at the Opry to play on it. The whole album is themed around where I grew up in Virginia – Jesse McReynolds.

The brand new single stays true to the the IBMA “Hall of Honor” inductee’s traditional sound, which catapulted Jim and Jesse into stardom when they burst onto the music scene in the 1940s. Written solely by Jesse McReynolds, the fiddle-driven tune, along with the full album pays tribute to the singer/songwriter’s grandfather Matthew McReynolds, using his antique instrument. The fiddle used throughout the project was purchased for $7.00 on a payment schedule in the 1800s. The Stradivarius style fiddle has been handed down from generation to generation. Musicians playing the instrument include Steve Thomas, Corrina Rose Logston, Jim Buchanan, Michael Cleveland, Buddy Griffin, Travis Wetzel, Jim Brock, Eddie Stubbs, Glen Duncan, and Jesse McReynolds.

Serving as McReynolds’ first national release in over 9 years, The Bull Mountain Moonshiners’ Way includes 16 songs, each performed similar to the late Matthew McReynolds while he performed at the groundbreaking Bristol Sessions. Included in the project are standards like Billy In The Lowground and a fresh Bluegrass take on Bonaparte’s Retreat, which has been recorded by several different artists over the years like Willie Nelson. There are many different themes on the album, but the overall collection stays true to the legendary sound that was at the forefront of Bluegrass and Country music.

McReynolds has recently inked a new deal with Pinecastle Records, who will handle marketing and distribution for the upcoming project. In addition, the deal also brings his discography print catalog back to the label, including the popular box-set, The Old Dominion Masters.

It’s already been a year of high recognition, as Jesse McReynolds (along with his brother Jim) were honored with a doctorate bestowed upon them from Glenville State College, located in West Virginia. The hitmaker has also taken the stage for several appearances at the Grand Ole Opry. As the remainder of the year progresses, the chart-topper isn’t slowing down any time soon, with new music on the horizon.

Fans can download and stream the lead single here where you may also be able to pre-order the full album prior to its 27th September release.