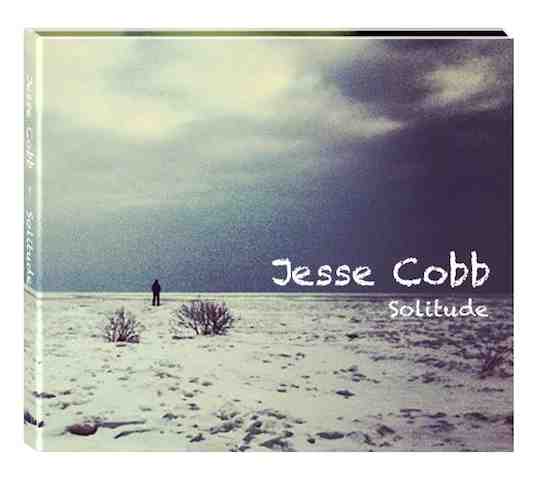 Jesse Cobb, one of the most-respected bluegrass mandolin players on the scene today, will release a newly-recorded solo mandolin CD  called “Solitude,”, on 12th November, 2013.

The CD, Cobb’s first solo release, will feature his performances on eleven tracks, including original compositions and well-known favorites.

“I didn’t necessarily mean for this to be an album, I went in to record some tunes this spring ahead of teaching at the Sore Fingers music camp in the UK. The more I listened and spoke with the engineer, Mark Lalama, the more I became convinced that it would be adventurous to put out such raw, live recordings as a full-on project. I have been working on some full-band tracks and was trying to find a way to incorporate some of these tracks when I decided to let this be a standalone project  – Jesse Cobb.

Cobb has a long list of performing and recording credits, including helping to found the Infamous Stringdusters. Since leaving the Stringdusters two years ago, Cobb has also toured with his brother Shad, Noam Pikelny and Friends, The Gibson Brothers, served as an instructor at Sore Fingers and the Mandolin Symposium and has worked to find his voice as a solo artist. “Solitude” shows off Cobb’s impressive mandolin chops on old favorites like “Grey Eagle” and “Big Mon,” but the album’s intimate feel is best demonstrated on slower selections like the original title track and “Ashokan Farewell.”

“I wanted this recording to feel as if we were sitting together in your living room for a private concert,” says Cobb. “I want the listener to feel the energy of someone just playing the mandolin without any fear or concern, and to convey a carefree attitude from a person who is comfortable letting the little imperfections go and not over analyzing and fixing every little buzz or chair squeak. The album is what it is, live music being made in real time, without any second chances. I also hope my personality, the guy who’s a bit rough around the edges, sentimental and a bit lonely sometimes, with a kind heart and great respect for the gift of music that’s been bestowed upon him, comes through the speakers.” Although the official release of “Solitude” is November 12, 2013, Cobb will have copies with him on his upcoming tours with Bela Fleck’s NY Banjo Summit Tour as well as on his tour with Noam Pikelny, Luke Bulla, Barry Bales and Bryan Sutton in October and November.

You can preorder a signed copy of “Solitude” from Cobb at his Music website. Orders will be shipped on 12th November.  The album will also be available digitally through CD Baby, iTunes and Amazon.