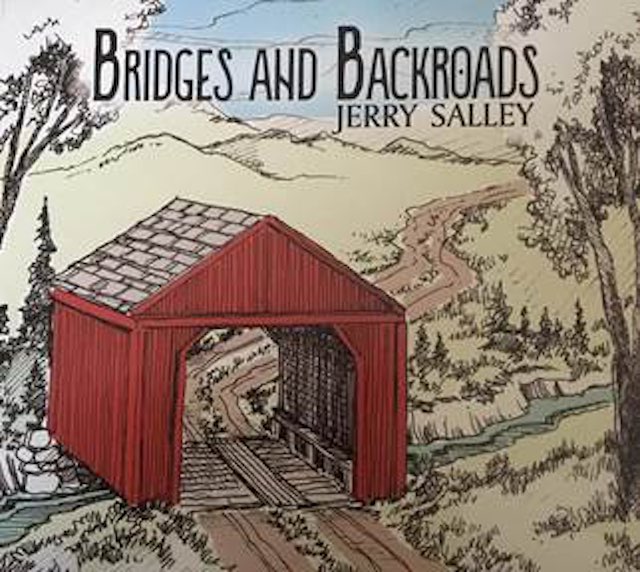 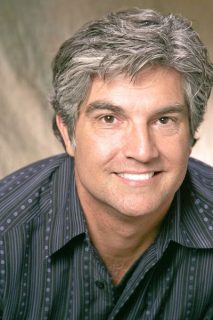 Jerry Salley celebrates the release of his 6th solo album with a musical journey across Bridges And Backroads.

Jerry Salley is a 2019 final nominee for the Nashville Songwriters Hall of Fame and 2020 Grammy nominee for producing the multi-artist Gonna Sing, Gonna Shout for Best Roots Gospel album.

Jerry Salley has been joined by some of the best bluegrass writers and artists in the business, such as Grand Ole Opry member Rhonda Vincent on the beautiful duet, Waltz Through The Ages With Me, long-time friends Carl Jackson and Larry Cordle on the first single, Let Me Be The Bridge, and the Salley/Cordle co-write, How I Want To Be Remembered,” a deeply introspective look at what’s important in one’s life. Donna Ulisse sings harmony on the new Salley/Ulisse tune, Be Better To Your Neighbour” (a phrase routinely used and made famous by country music legend Ernest Tubb). Lonesome River Bands’ Brandon Rickman offers his vocal on I Take The Backroads, a song he and Salley co-wrote years ago. Additionally, the angelic voices of Val Storey and Jerry’s daughter, Maggie Williams (who has become a staple on all of his albums), shine brightly on this 12-song collection of Salley originals. Once again, the 2018 & 2019 IBMA Songwriter of the Year offers an assortment of some of his favorite songs put together with thoughtful lyrics and powerful melodies.

The first single from the album, Let Me Be The Bridge, now almost 30 years old, was the very first collaboration between Salley and long-time mentor and friend Jim Rushing. Rushing, already a very successful writer when Salley moved to Nashville in 1982, was revered by Salley and the opportunity to co-write with him was a memorable day for a young Jerry. That day – and that song – started a bond of brotherhood that continues to this day. Salley and Rushing also co-wrote the Salley/Vincent duet Waltz Through The Ages, about a couple who has found the kind of love that we all dream of finding – You and me heart to heart, where ever we are, we’re dancing the dance of our dreams.

As always, Jerry has included a Gospel song, with the new Without Forgiveness (Salley/Wood), and the aforementioned semi-sacred number Be Better To Your Neighbour. The final song on the project, Life To My Days (Salley/Black/McGlamery), has been a popular tune at Jerry’s concerts and is a song Salley co-wrote for the legendary Doyle Lawson & Quicksilver that became a #1 hit for the Bluegrass Hall of Fame member.

From the opening hard-driving I Miss My Miss In Mississippi (Salley/Wilburn), to the haunting A Memory Like Mine (Salley/McBride) and the hand-clapping progressive Hillbilly Lilly (Salley/Cooper), this new project showcases Jerry’s smooth tenor voice and is full of masterfully crafted songs that once again prove why Jerry Salley is one of the most successful songwriters in the Bluegrass, Country and Gospel genres.

Join Jerry and friends for a journey across Bridges And Backroads.

Jerry Salley – Let Me Be The Bridge: