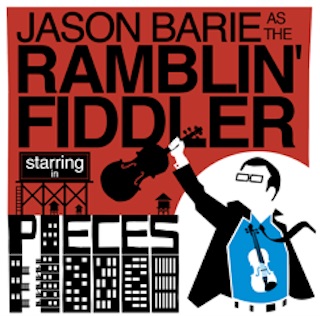 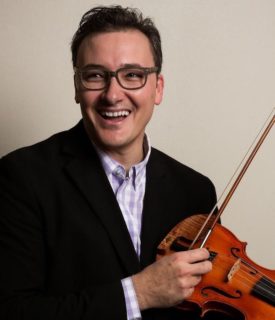 Billy Blue Records has announced the release of a new album called Pieces by the Ramblin’ Fiddler, Jason Barie.

It’s more than just another instrumental packed album, Pieces is replete with seven self-composed original fiddle tunes and five superbly arranged guest vocal performances. It’s greater than any sideman project this side of Gotham City. It’s an entire collection of fine fiddlin’ from the mastermind of Bluegrass music’s latest super hero – The Ramblin’ Fiddler, taking his creative pieces to new heights as he shares the super power he discovered through the fiddle rosin found in his great-grandfather’s fiddle case as a young boy – Billy Blue Records.

The first single is the timeless Hank Williams masterpiece I’m So Lonesome I Could Cry, arranged by the Barie and featuring Bluegrass Hall of Famers Del McCoury and Paul Williams for a first-ever recording together.

Born in Valrico, Florida, the IBMA and SPBGMA nominated fiddler has been recognized by his peers as one of the most beloved musicians in the Bluegrass genre. He has been a member of some of the most popular Bluegrass bands, including stints with legends such as Bobby Osborne & The Rocky Top Express, Jesse McReynolds & The Virginia Boys, and Doyle Lawson & Quicksilver. Currently, the fiddle-man behind the mask, Jason Barie is a member of Joe Mullins & The Radio Ramblers. 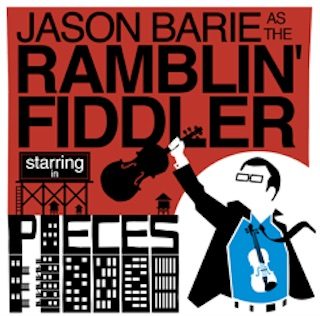 In 2001, at age 21, while traveling with the band Carolina Road, Jason received his first nomination for “Fiddle Player of The Year” from SPBGMA (Society for the Preservation of Bluegrass Music Association). In 2008, as a member of The Larry Stephenson Band, Barie’s previous release The Past Is Present, was nominated by the IBMA (International Bluegrass Music Association) for “Instrumental Album of The Year.”

Barie is joined on his new project Pieces by multiple all-star super friends as guest vocalists on several songs. In addition to the aforementioned historic recording of Del McCoury & Paul Williams together for the first time on I’m So Lonesome I Could Cry, other additions to the album include lead and guest vocals on featured tracks We’ll Be Sweetheart’s In Heaven with Eli Johnston and Mike Rogers; The familiar Gospel favourite Beyond The Sunset For Me with Paul Williams and Darrin Vincent; Diary Of My Mind with Corey Hensley and Mike Rogers and the ever-popular Blue Eyed Darlin’ with Brandon Rickman and Mike Rogers. A stellar line up to be sure.

Jason Barie as The Ramblin’ Fiddler in his latest album ‘Pieces,’ is available this June on Billy Blue Records.