Jane Germain and Ian Simpson – Home on the Hill 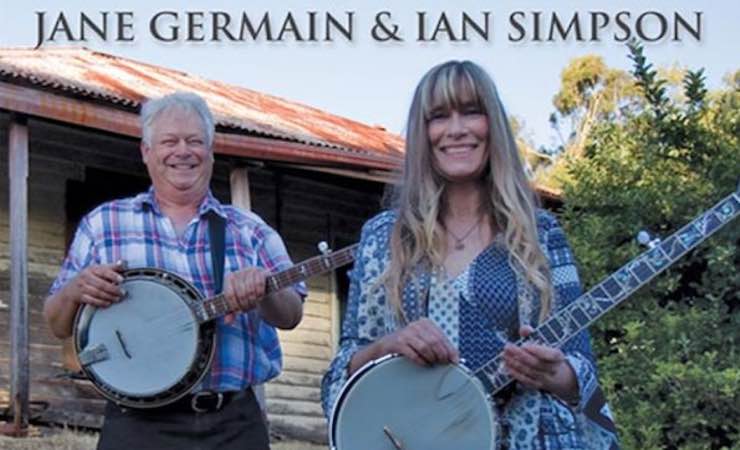 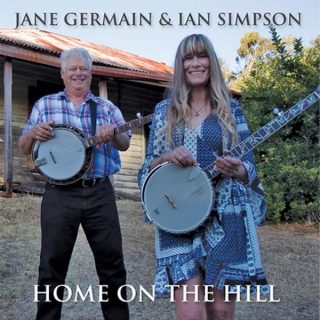 Multi award-winning acoustic duo Jane Germain and Ian Simpson’s new album features songs they have been creating together in their own style. They range from raging bluegrass, hard-driving blues, to old-timey banjo duets and alt country blues.

Jane and Ian have been playing their style of acoustic music together now for several years. They first teamed up for Jane’s album Chinese Whispers, and then released their first duo album Lonesome Road. This was followed with No Fun Allowed  From that album the track Listen to What You Know was awarded Song of the Year at the 2016 Tasmanian Composer’s Festival.

The duo had the honour of representing Australia at the World Expo in China. They were also awarded WA Country Music Award for Best Vocal Group or Duo for four consecutive years.

Home on the Hill contains songs written about Jane’s travels in Tasmania. Songs such as The Girl From Daisy Dell – the story of a girl who was murdered near Cradle Mountain – (legend has it that her ghost appears by the side of the road); Too Much is Not Enough is a song of fun, lust and longing while the title track, Home on the Hill  describes life on the East Coast, with its beautiful beaches, wineries, and penguins. The rollicking banjo of I’ll Meet You on the Outskirts of Town is a song of yearning, and All Aboard the Maglev is Ian’s tune about traveling on the magnetic levitation train in Shanghai; Grandson of a Sailor – written for Jane’s son Max, leaving home to join the Navy, and follow in the footsteps of his Grandfather; Little Red Bird gives us the pursuit of peace – sometimes it seems that life is hard, but when visited by a Scarlet Robin every morning, the realisation that there is so much beauty all around and a lot to be grateful for. Jane and Ian have included some twin banjo duets – with Jane on clawhammer banjo, and Ian playing bluegrass style – with Big-Eyed Rabbit, Cluck Old Hen and Lulu Girl, a song about a girl who just wants to have fun – much to the despair of her parents.

Home on the Hill also features Jane and Ian’s tribute to their favourite vocal duo – The Delmore Brothers with their great gospel song, The Wrath of God. And lastly, Sleepy Eyed John a tale about a man with a sleepy eye and a wooden leg, who was also a bit of a thief – they just don’t write songs like that anymore.

Jane and Ian play almost all of the instruments on this recording and welcome the addition of Norm Leslie on harmonica on Home on the Hill and Too Much is Not Enough; and Pete Cornelius & Simon Holmes on Little Red Bird.

Jane and Ian will launch their new album, Home on the Hill on Saturday, 13th May 2017 at Clancy’s in Fremantle, WA. Joining them on the night will be Adam Gare on fiddle/mandolin and Sophie Gare on bass. Then on the 26th May at Mountain Mumma in Sheffield and the 27th May, a launch at Rosny Barn in Hobart with The Cherry Tree Hillbillies, followed by a tour of Tasmania, playing all over.