JamGrass On The Road 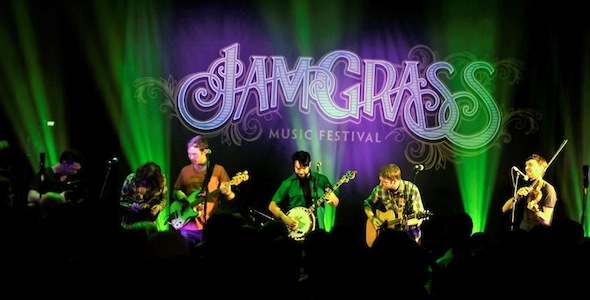 Jambands Australia has announced the first ever JamGrass ‘On the Road’ event to be held at The Red Rattler Theatre in Sydney on 3rd August, 2013.

JamGrass ‘On the Road’ will continue the JamGrass theme of bluegrass and complimentary artists that jam. The initial lineup celebrates the thriving scene in Sydney with a few interstate bands to help build the musical connections of bands and fans across the country. Jambands Australia will be bringing with it all the elements that have made JamGrass such a success in Melbourne. Great music, great production, musical collaborations and good time vibes.

The full lineup will consist of 8 acts. Two more exciting acts will be added to the bill as details become finalized.

Mustered Courage (Vic) – Mixing old-school bluegrass with modern roots music, they have played every major Australian folk festival in 2012, these down-home pickers are in the middle of their biggest year to date.

Rattlehand (Qld) – Their alt-country/ rock feel pays homage to the “outlaw country” genre of the 60’s and 70’s: it is a sound that happily deviates from the dominant paradigm.

DJ Dylabolical – Well known for hosting the long running Twist and Shout 60’s dance parties, DJ Dylabolical will be spinning a Jerry Garcia tribute throughout the night in honour of Jerry Week.

Jambands Australia are very excited to be working with The Red Rattler Theatre which is a great space and has a priority for supporting the creative arts.

A large number of professional videos filmed live at JamGrass 2012 are currently available on the festival’s YouTube channel at: www.youtube.com/jamgrassmusicfest

Photos from JamGrass 2012 can be found here: www.facebook.com/JamGrass/photos_stream

JMF seeks to bridge the gap between traditional bluegrass scene and the wider music audience in Australia who are often unaware of the raw power of the genre. There’s a growing following of progressive bluegrass or ‘newgrass’ bands in the U.S. which are helping to bring bluegrass music to a new generation of music lovers.

From a similar perspective, the JamGrass Music Festival is not strictly about bluegrass, but it seeks to draw on a range of musical styles and influences that will help promote bluegrass music to a new audience. JamGrass will include a lot of bluegrass classics, but the JamGrass stage will be one that supports musicians to experiment, collaborate and push musical boundaries.

JamGrass is dependent on its volunteers throughout all aspects of the festival. It is the hard work of this growing community that allows JamGrass Music Festival to create a unique experience for artists, fans, and general music lovers that would otherwise not be possible.
www.jamgrass.com.au

About the Presenter – Jambands Australia