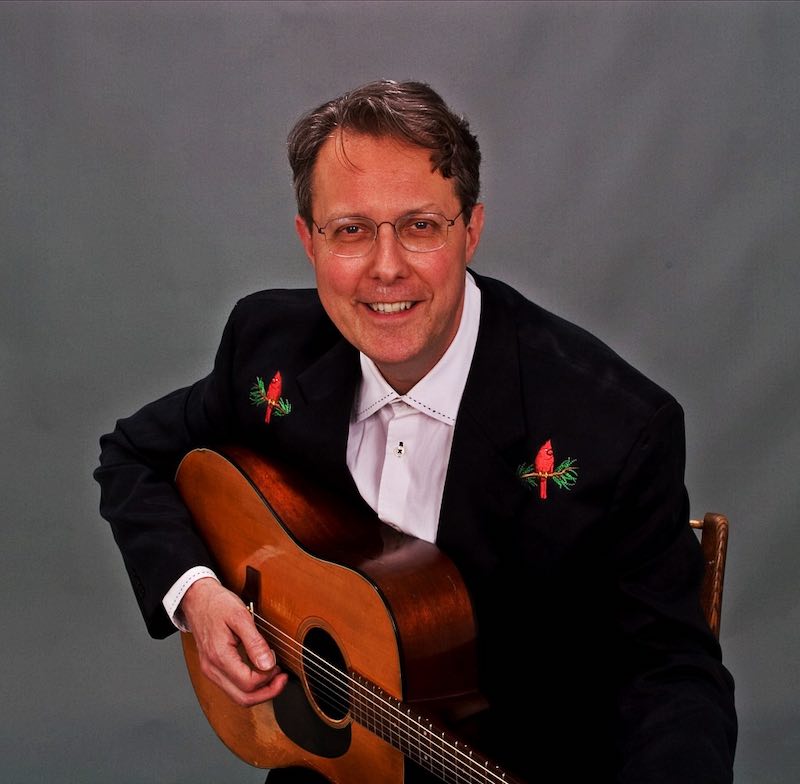 New documentary highlights the life and musical career of the Ambassador of Bluegrass, James Reams.

For nearly three decades, band leader James Reams has earned his nickname, the Ambassador of Bluegrass, for his stalwart dedication to the genre.

With both his life and career marked by highs and lows; challenge and triumph; Reams has always come through as a survivor; a champion with an indelible sense of humor. He has faced a life-threatening illness in his youth; homelessness; a bout with vocal cord paralysis that threatened his career; and the heartbreaking loss of his beloved partner and greatest advocate, Tina Aridas, to cancer. Still, James has endured as a songwriter, entertainer, and a supporter of other artists and musicians, always with optimism and determination.

It should have been no surprise when James was approached by Joshua Smith and Rick Bowman, owners of MediaSmith, a video and photography company, about a feature-length documentary about Reams’ life and career in music. 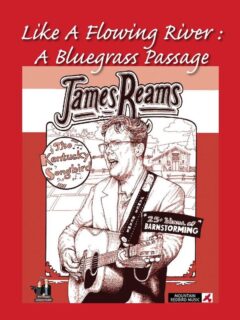 Plans were set in motion for Like A Flowing River: A Bluegrass Passage. Licenses were obtained for music, interviews were scheduled, film crews and sound technicians hired, and work on the script began. Filming began in 2017 with a plan for editing and mixing to be complete in time for James’ 25th anniversary as a bandleader in 2018.

The documentary tells the story of an artist who burst onto the bluegrass music scene in 1993. Coming from the hills of Kentucky and making his way to New York City, James Reams pursued his passion for bluegrass and traditional music, while facing life’s many ups and downs. Through every possible dam and blockage, James found a way to continue flowing with the music he loves so much.

A limited video release in 2018 eventually resulted in notice from MVD Entertainment Group, a full-service music and movie distribution firm, exclusively representing thousands of audio and visual products worldwide. With the variety of platforms that MVD services, the project required a variety of editing and platform adjustments in order to meet distribution requirements before a wide release could be planned.

There have been so many twists and turns in my career, sometimes I wonder how on earth I got through it all – James Reams.

Now, however, the documentary is complete and set for release on 7th August, with distribution is through MVD Entertainment Group. Directed by Joshua Smith, the project is available for preorder now, and a film trailer gives a glimpse into the documentary.

Reams’ many contributions to bluegrass and old-time music include a prolific string of well-received recordings with James’ own original songs, many co-written with Aridas. Two albums highlighted the playing of legendary banjo player Walter Hensley, a couple of other albums included old-time musician Tom Paley, and other recordings feature James’ own band, The Barnstormers, playing old-time country and traditional bluegrass fusion.

A prior film gave a glimpse into life on the road with James Reams & The Barnstormers. Rollin’ On was released in 2005 as a companion piece with the album Troubled Times. A documentary he’d begun with Aridas was later completed. That project, Making History with Pioneers of Bluegrass: Tales of the Early Days in Their Own Words was released in 2013.

Like A Flowing River: A Bluegrass Passage is as much a story of hope as it is a musician’s tale. It is a film is for all who are carried along on the sometimes peaceful and other times, raging river that is bluegrass.

What Others are Saying of James Reams’ Like a Flowing River:

James Reams brings hope through a life of a musician’s passion, captured by his love of music, whether its country, folk or bluegrass. And with Like A Flowing River: A Bluegrass Passage you will embrace his journey of over 25 years – Michelle Lee, host of Bluegrass Borderline & Smoked Country Jam WOBL Radio, Inc.

Like a Flowing River: A Bluegrass Passage provides a look behind the scenes at James’ career, and it gives a deeper understanding to the man behind the music. …
As a young person just starting my life in music, Like a Flowing River: A Bluegrass Passage provided me with a much needed jolt of inspiration. In an uncertain industry such as music, especially roots music, it’s easy to get discouraged with the hard lessons one seems to be confronted with at every turn. To see how James has weathered all the hardships he has encountered in his musical journey with a positive attitude and unwavering dedication to staying true to himself and the music in which he believes reminds me of the kind of person I strive to become and inspires me to continue to be dedicated to my craft. For anyone who is a fan of roots and bluegrass music or any musician who wants to carve out their place as a distinct stylist, I would highly recommend Like a Flowing River: A Bluegrass Passage – Nathan Sykes, host of Radio Bristol’s The Crooked Road Radio Hour.

I would describe Like A Flowing River: A Bluegrass Passage in the same manner that I would describe James Reams’ music. It is authentic and it is heartfelt.
James has encountered his share of trials and struggles, but through it all he’s seen many of his dreams come to fruition and has also given so much to the Bluegrass community through his many recordings and various other efforts, which are wonderfully detailed throughout this film – Braeden Paul – B. Paul Entertainment.

Like A Flowing River: A Bluegrass Passage combines aspects of High Lonesome and Triumph of the Will that works on at least three levels. On one, it offers an intimate portrait of a solid professional bluegrass artist who has not achieved the top level of popularity. This differs it from other music bio documentaries. On a second, it tells the story of how an eastern Kentucky boy ended up founding a bluegrass festival in Brooklyn and documenting many first generation musicians, famed and not. Third, the viewer learns about the many losses, illness, and injuries from which he keeps coming back. A different perspective well worth seeing – Art Menius.