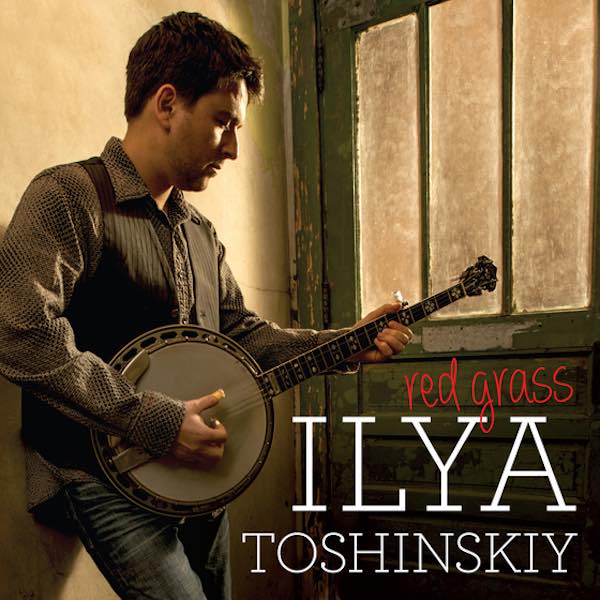 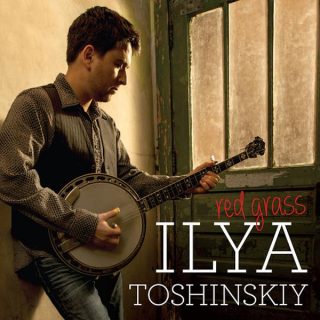 Ilya Toshinskiy has always been a bluegrass lover. That fact was beautifully established in the opening scene of the 2003 documentary “The Ballad of Bering Strait,” which follows the brief but memorable trajectory of his former band. A teenage Ilya, in his final exam on banjo at an elite Russian music academy in Moscow, introduces his program — a Bela Fleck number followed by “Foggy Mountain Breakdown” to professors who are clearly unfamiliar with bluegrass music. By the end of the performance, they are believers.

So it should come as no surprise that Ilya’s new solo album, Red Grass (Hadley Music Group), is an instrumental bluegrass album and a dream come true for Toshinskiy. Though acclaimed for his guitar prowess, he considers banjo his first instrument. While being trained in classical guitar as a preteen, Ilya heard another student of his teacher, a bluegrass enthusiast, playing banjo and was mesmerised. He insisted on learning that instrument and quickly excelled, soaking up the influence of Earl Scruggs and others. 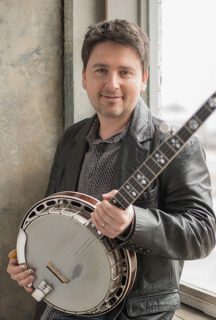 In the former Soviet Union, seriously lacking in resources for the bluegrass musician, such a pursuit required a single-minded commitment and ingenuity. There were trips by his teacher to the Lenin Library in Moscow to take photographs of banjo tablatures that had somehow made their way into the shelves there. There were thumb picks made from plastic rulers that were boiled until they could be molded around Ilya’s thumb by his teacher — as well as crude, jagged metal picks made from tin cans. And cheap Korean and West German banjos whose sound was lacking. But dedication paid off.

Ilya went on to become a founding member of the band that ultimately became known as Bering Strait, a coed group of bluegrass-influenced but musically omnivorous Russian prodigies who moved to Nashville as teens in the 1990s, generated a ton of buzz, scored a major-label record deal, received a 2003 Grammy nomination (best country instrumental performance on which Toshinskiy played lead guitar and banjo) and were featured on “60 Minutes”yet never really caught on at radio.

Toshinskiy, who was increasingly being offered session work, struck out on his own before Bering Strait disbanded in 2006. Since then he has shined as a studio musician, a five-time winner of Music Row’s award for top guitar player (for playing on the most Top 10 Billboard records) and a two-time Academy of Country Music player of the year (specialty instruments). Artists whose records his playing has graced include Carrie Underwood, Tim McGraw, Reba McEntire, Glen Campbell, Kacey Musgraves, the Doobie Brothers and Rascal Flatts (he played the banjo on the trio’s 2012 chart-topper “Banjo”).

Red Grass offered him the opportunity “to turn the page” with his own album of banjo music. He flexes his instrumental and compositional skills on 10 original numbers (he also plays slide mandolin on one song). The album bears the stamp of a focused, disciplined, fearless artist playing the music of his heart. There are no lyrics, but lyricism abounds in Ilya’s expressive banjo playing, which conveys a range of emotions.

The songs, he says, grew from him jamming on his back porch. Many of the titles hold personal meaning: “Train Station,” for example, refers to the depot in his Russian hometown where he would wait in the cold for the next train to Moscow to the music conservatory.

Ilya praises his dream team of supporting musicians: Bryan Sutton and Jake Stargel on acoustic guitar; Byron House on upright bass; Andy Leftwich and Aubrey Haynie on mandolin and fiddle; Jerry Douglas on Dobro; Luke Bulla on fiddle; Sam Bush on mandolin. “They really elevated the whole record,” he says, compelling him to rewrite some tunes to make them stronger. “I am pretty proud of this effort. Everybody played amazingly, and it was a blast.”

The album-closing “Swan Song” features only Ilya and his banjo, a fitting end to a record that is sure to make believers out of a new group of fans.