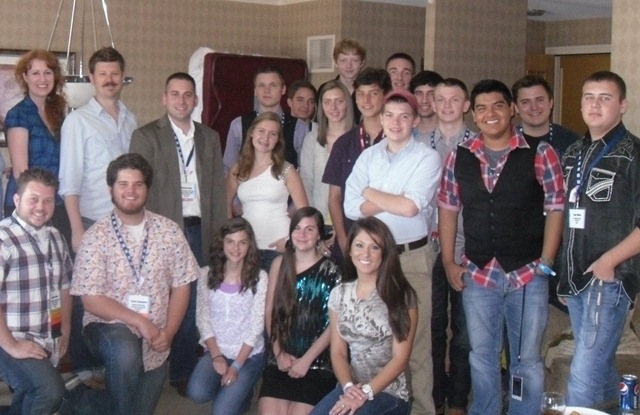 IBMA has announced that the new Youth Council met by video-conference last month and elected Andrew Rigney, with The Rigneys, as their chairman.

The group held its first meeting last September during World of Bluegrass in Nashville.They are still working on the final version of a mission statement, but their goals so far include speaking collectively for the youth of IBMA, facilitating youth projects and industry mentoring opportunities, and working to share bluegrass music with more young people.

The Youth Council is working on ideas for World of Bluegrass 2013 in Raleigh—including a special track of events on Saturday, 28th Sept 2013. Youth Council members are also researching ideas for an environmentally friendly, “green” focus to suggest to Wide Open Bluegrass Festival producers and the city of Raleigh.