IBMA Conference To Go Virtual For 2020 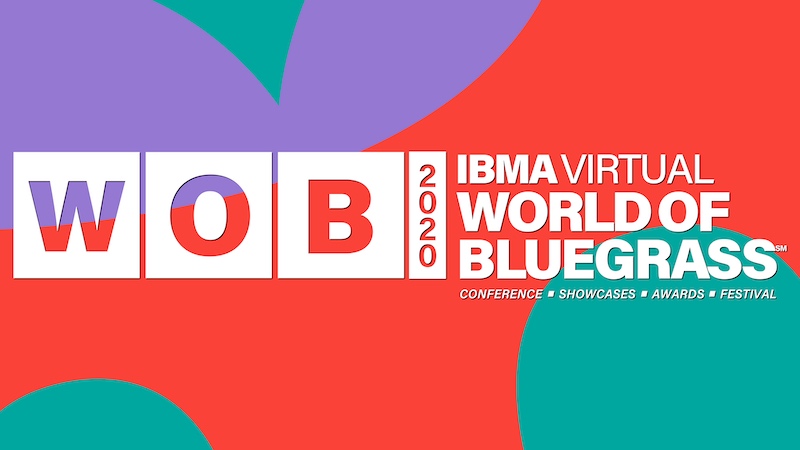 The International Bluegrass Music Association (IBMA) and its Local Organizing Committee partners in Raleigh, North Carolina, have just announced that due to ongoing health concerns relating to COVID-19, and the logistical challenges of creating a safe in-person event experience, this year’s IBMA World of Bluegrass will take place virtually. The planned conference, showcases, awards and festival performances will be presented as an online experience from 28th September to 3rd October3, with the possibility of extending event content beyond those dates.

While we all would love to gather in Raleigh this year for IBMA World of Bluegrass, the extraordinary circumstances made this decision necessary. Maintaining the health and safety of the large crowd we enjoy each year would be such an enormous, uncertain, and risky proposition.
However, we know how important this week is to our bluegrass professionals and fans, so we are moving forward in new ways. We see this as an opportunity to reimagine every aspect of IBMA World of Bluegrass so we can still connect, educate, showcase, and perform in fun and engaging ways. And we hope to introduce new participants to the types of things we normally do in Raleigh so we can invite them to join us in person for the fun in 2021 and hopefully many years beyond. We deeply appreciate the ongoing partnership of the City of Raleigh, the hotels, PNC Bank – who have been our presenting sponsor since 2013 – and the many other important sponsors we have worked with over the years.They help make this the most important week in bluegrass – Paul Schiminger, Executive Director of IBMA.

Discussions to keep the event in Raleigh, North Carolina, beyond 2021 have commenced. All parties involved would like to keep the successful partnership between the IBMA and the City of Raleigh moving forward through 2024.

IBMA World of Bluegrass brings together some of the best and most talented traditional musicians in the world and, for the last seven years, thousands of music lovers and industry leaders have gathered in Raleigh to celebrate everything bluegrass. While it’s not possible to gather in person this year, we hope that Raleigh and the IBMA World of Bluegrass events will be at the top of everyone’s travel plans for 2021 – Mayor Mary-Ann Baldwin.

As an unexpected bonus for bluegrass fans, nominees for one of the IBMA World of Bluegrass events, the 31st annual IBMA Bluegrass Music Awards, will be announced earlier than originally scheduled, with the announcement show taking place live on Friday, 26 June at 11 a.m. EDT/10 a.m. CDT on SiriusXM’s Bluegrass Junction.

Additionally, the second and final round of Official Showcase Artists for the IBMA Bluegrass Ramble, the innovative showcase series that is part of IBMA World of Bluegrass, will be announced on 18th June.

This year’s virtual IBMA World of Bluegrass event will incorporate all components of the in-person event, adapted to a virtual environment, with the added benefit of allowing the bluegrass industry to offer new activities to its members and reach new listeners across the globe.

Music fans will have access to free live streaming as well as on-demand sessions and performances of the IBMA Bluegrass Ramble showcases, the 31st Annual IBMA Bluegrass Music Awards, and IBMA Bluegrass Live, powered by PNC, a music festival with performers ranging from emerging artists to industry icons.

We will be working hard to make this year work, and plan to use what we learn about building an online audience to expand the audience for when we’re back on Fayetteville Street. We hope that this experience will allow people to participate who haven’t been able to travel to Raleigh before, and that this will also inspire them to make plans to join us in Raleigh in 2021 – David Brower, Executive Director of PineCone,

The IBMA Business Conference will feature high-quality professional development sessions; 1-to-1 and group networking events such as a re-imagined Gig Fair; and a Virtual Exhibit Hall, where attendees can engage with vendors via chat and video chat, participate in live product demos, purchase merchandise directly from vendors and more.

For the eighth year, PNC Bank returns as the presenting sponsor of IBMA Bluegrass Live! powered by PNC. “This music festival has become one of our community’s most anticipated and loved events, and PNC is proud to help bring it to life. While the experience will be different this year, we remain committed to supporting this event and look forward to sharing in the beauty and vibrancy of bluegrass music in a virtual format – said Jim Hansen, regional president for PNC Bank.

IBMA is now working to develop innovative, compelling activities and content for this year’s event, and will be releasing information and updates throughout the next few months. As additional details about IBMA World of Bluegrass 2020 virtual events are determined, they will be shared across the organization’s social media platforms, through email notification, and on worldofbluegrass.org and ibma.org, and here on AustralianBluegrass.com.

IBMA continues to offer a Community Resources page at its official website, that offers updated information about COVID-19 that is relevant to the bluegrass community.

PNC Bank, National Association, is a member of The PNC Financial Services Group, Inc. (NYSE: PNC). PNC is one of the largest diversified financial services institutions in the United States, organized around its customers and communities for strong relationships and local delivery of retail and business banking including a full range of lending products; specialized services for corporations and government entities, including corporate banking, real estate finance and asset-based lending; wealth management and asset management. For information about PNC, visit www.pnc.com.

The organization’s successful run in Raleigh is the product of their partnership with The Greater Raleigh Convention and Visitors Bureau, The Raleigh Convention Center, PineCone—The Piedmont Council of Traditional Music, the City of Raleigh and a local organizing committee.

About the Greater Raleigh Convention and Visitors Bureau (Visit Raleigh)
As the official destination organization for Wake County, the Greater Raleigh Convention and Visitors Bureau (Visit Raleigh) is responsible for promoting Wake County as an attractive travel destination and enhancing its public image as a dynamic place to live and work. Through the impact of travel, the organization strengthens the economic position of and provides opportunity for people in the community. Raleigh/Wake County, N.C., welcomes nearly 17 million visitors annually whose spending tops $2.7 billion. The visitor economy supports more than 27,000 local jobs in Wake County and generates $268 million in state and local tax revenues, saving each Wake County household $700 in taxes annually. visitRaleigh.com.

PineCone, the Piedmont Council of Traditional Music, is the largest, most active presenter of home-grown music in the state. Founded in 1984 with a mission to preserve, present and promote all forms of traditional music, dance and other folk performing arts, PineCone programs highlight and celebrate the rich and diverse musical heritage of Raleigh and the greater Piedmont region by focusing on music traditions that have been passed down informally through generations within our various cultural communities. PineCone presents more than 200 programs annually, including concerts, youth programs, participatory jams and sessions, workshops, documentary projects, a weekly radio show and more. Since 2013, PineCone has served as the official Local Host organization for the International Bluegrass Music Association (IBMA) and its World of Bluegrass conference, and as the producers of the two-day IBMA Bluegrass Live! powered by PNC. Pinecone.org.

About the Raleigh Convention Centre:

The LEED Silver-certified Raleigh Convention Center is a bustling hub for the culture, commerce and technologies that make Raleigh one of the most admired and sought-after regions in the United States. Our modern 500,000 square-foot facility includes a stunning granite lobby with dramatic windows and downtown views, an elegant 32,000-square-foot ballroom and a massive 150,000-square-foot exhibit hall, all with outstanding tech amenities and award-winning culinary delights. The center has welcomed over 4.5 million visitors since its opening in September 2008. RaleighConvention.com.