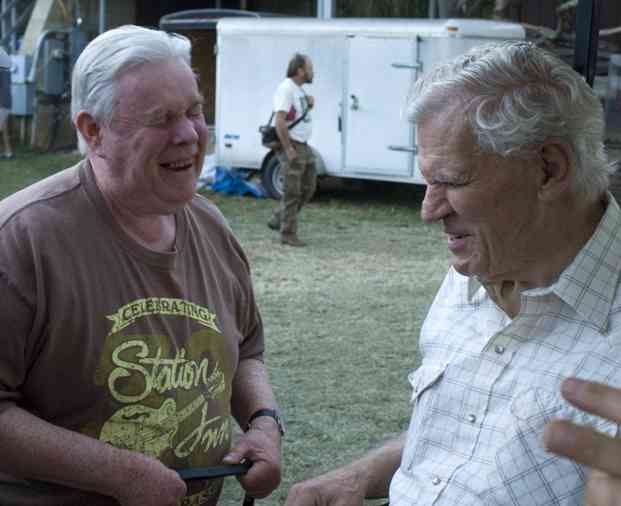 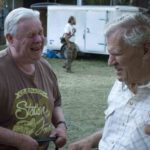 Along with so many, the loss of Doc has been an especially sad and emotional time for me. I used to semi-joke that my visit to America in 2007 meant that I had come ten thousand iles to hear Doc play and possibly meet him. As it turned out, by the time we reached the Black Mountain, North Carolina, festival, it had long since ended, but Doc was still waiting to be collected for his trip home, so we raced up the hill, bypassed sundry officials and minders, jumped out of our electric cart and I was able to exchange a few, just a few, words with him and shake his hand before he was whisked away. The entire event took perhaps less than thirty seconds, but someone had recorded it – see below.

I received my first Doc Watson record in 1960 or thereabouts and he has remained a lifelong hero of mine ever since. I have written a column for the California Bluegrass Association’s website www.cbaontheweb.org as part of my first Tuesday in the month series. I had not actually planned, on Wednesday, to attempt to write as it was such a heavy-hearted and emotional day, but late that night I began to write and it just poured out rapidly. The column will appear on June 5th U. S. time but if you like I’d love to send it to you or you may be able to work out a way of linking with the c.b.a. site to collect the column.

Secondly, on Tuesday morning our time from 10:00am, Eastern Australian time, I’ll be doing a Doc tribute show on worldwidebluegrass.com and will do my very best to send the old bloke out in style. I would love for as many Doc devotees to be able to tune in to hear this very special show hence rapt if you would be able to put details of it up on your site please? I enjoy your blog site immensely; huge thanks to you for it.