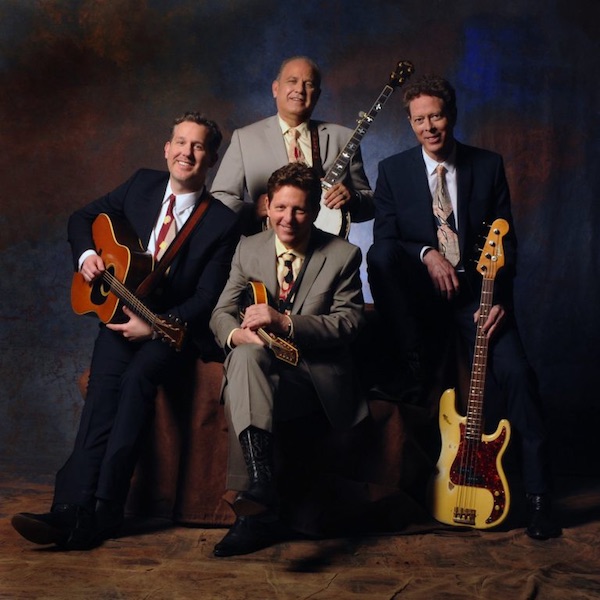 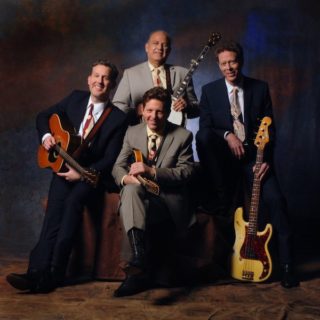 The excitement of the 29th annual IBMA Awards Show will take on a special glow with Hot Rize at the helm. Celebrating their 40th anniversary, Hot Rize won the very first IBMA Entertainer of the Year Award back in 1990.

Known as the biggest night in bluegrass, the IBMA Awards Show delivers

Hot Rize is honored to host what I call the night, Big Bluegrass Smiles, where the community that’s supported us all these years comes together, and cheers each other on – Tim O’Brien.

The Awards Show’s theme this year is The Oak Tree. “The oak tree symbolises strength, endurance and is viewed as the ‘great protector’,” said Armbruster. “The ‘City of Oaks’, Raleigh, NC, uses the iconic image of the oak tree because it grows there in great abundance. Bluegrass music may perhaps be symbolized by the mighty oak as it has experienced many changes over the past eighty or so years, yet the genre has endured as it continues to branch out and grow.”

Hot Rize is the great modern bluegrass band. They’re the connective tissue that links the great founders of bluegrass with the modern tradition – Steve Martin.

The International Bluegrass Music Association’s very first Entertainers of the Year, Hot Rize’s sound is steeped in bluegrass tradition while equally informed by a taste for the music of Leadbelly and Freddie King, swing, old-time Appalachia and more in ways that mirror the broad sweep of Bill Monroe’s influences. Their critically acclaimed albums include Hot Rize, Untold Stories, Traditional Ties, Radio Boogie, Take it Home and their most recent, When I’m Free. The band continues to tour, with 2018 performances being scheduled through the end of the year.

The IBMA Awards Show is the biggest night in bluegrass music, with brilliant performances and long lasting memories. Having Hot Rize host this year’s show will create an extraordinary night of unpredictable fun. Hot Rize was the IBMA’s first Entertainers of the Year and now they are celebrating their 40th anniversary. They clearly embody the IBMA’s focus on ‘Honouring Tradition and Encouraging Innovation’. Now let’s just hope they leave that other group from Wyoming, Montana on the bus – Paul Schiminger, executive director of the IBMA. (the other group being Hot Rize’s alter ego Red Knuckles and the Trailblazers.

Information about the 28th IBMA Awards Show, including ticket availability, can be found at the IBMA Website. 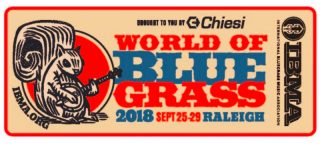 More info about World of Bluegrass:

IBMA’s World of Bluegrass, whose principal sponsor is Chiesi USA, is a five-day annual bluegrass music homecoming and convention. World of Bluegrass encompasses four events: the IBMA Business Conference, September 25-27; the Bluegrass Ramble, an innovative series of showcases, taking place September 25-27 in downtown Raleigh and at the Raleigh Convention Center; the 29th Annual International Bluegrass Music Awards, scheduled for Thursday evening, September 27; and PNC presents Wide Open Bluegrass, September 28-29, a two-day festival. The ticketed Wide Open Main Stage features the best of the best in bluegrass today, with a portion of the proceeds benefiting the Bluegrass Trust Fund, a 501(c)(3) charitable organization that assists bluegrass professionals during financial emergencies. The free Wide Open StreetFest brings bluegrass into the community and introduces the music to thousands of new fans every year.

The Greater Raleigh Convention and Visitors Bureau reported that last year’s World of Bluegrass events generated $11.7 million in direct visitor spending for that region, with total attendance for the week’s activities estimated to be a record-breaking 221,000 people. Over 220 acts performed throughout the entire week of World of Bluegrass.

IBMA – the International Bluegrass Music Association – is a 501(c)(3) nonprofit professional organization for the global bluegrass music community. The organisation’s nine-year run in Raleigh is the product of their successful partnership with The Greater Raleigh Convention and Visitors Bureau, The Raleigh Convention Centre, PineCone—The Piedmont Council of Traditional Music, the City of Raleigh and a local organizing committee.