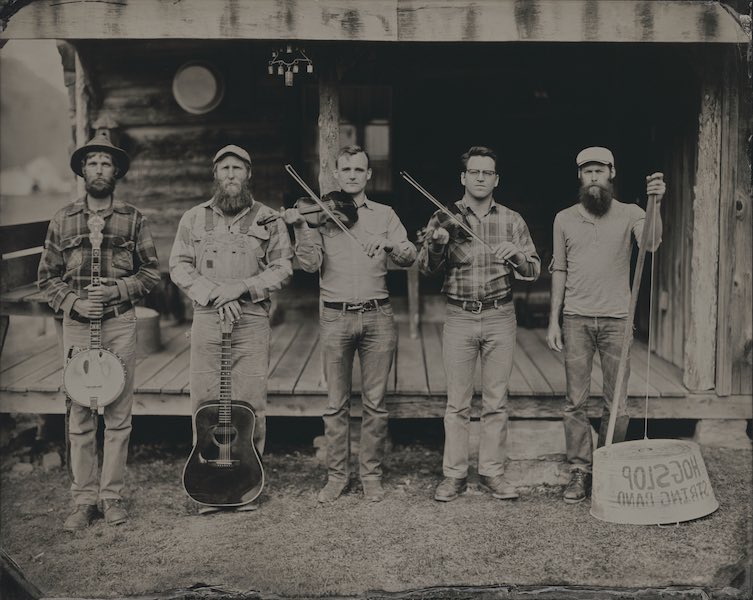 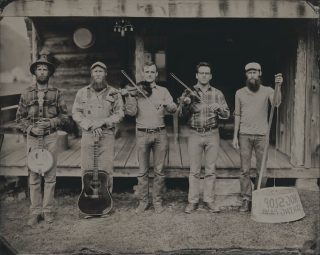 After their successful video release of Reuben’s Train, Hogslop String Band is back with a brand new video, John Henry.

Upon forming as a pickup square dance band in the summer of 2009, The Hogslop String Band has since become one of the most sought after old-time string bands. Known for their outrageous facial hair and a rollicking repertoire heavily based on Georgia and Middle Tennessee fiddle tunes, these boys have provided entertainment for fashion shows, political conventions and whiskey distilleries as well as countless weddings, festivals and soirees.

Following in the footsteps of such country music luminaries as Uncle Dave Macon and Gid Tanner, they put on a high energy show easily appreciated by both young and old alike. Despite an unkempt appearance, their undeniable charm is as certain to steal your heart as it will your daughters.

The Hogslop String Band is one of the most unique bands I have ever heard. Their music takes you back to a time when things were real and from the heart. These guys are very talented and I recommend that you go see them. You will be thoroughly entertained – Reggie Young (guitar for Elvis, Willie Nelson, Johnny Cash, Dusty Springfield)

One of the finest square-dance bands on the planet – Jack Silverman.