Hitchhiking To California With Alan Bibey 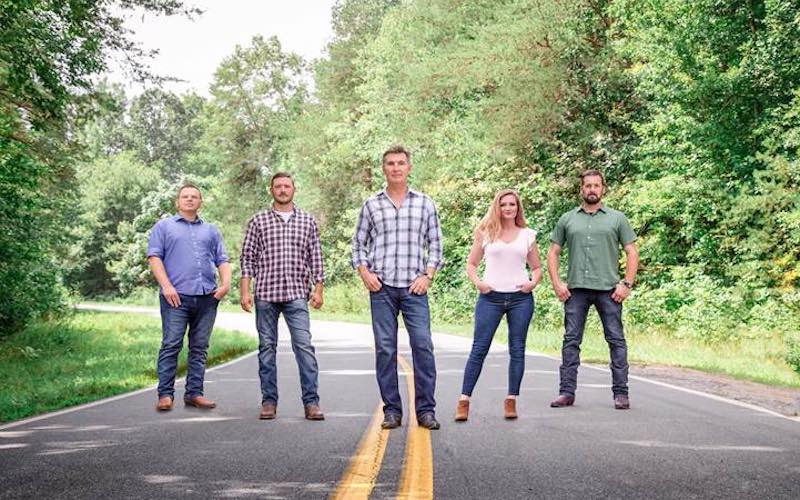 Alan Bibey & Grasstowne is set to release Hitchhiking to California.

Hitchhiking to California is the group’s 6th recorded project; its first on Nashville’s booming, young bluegrass label, Billy Blue Records. The project features 11 tracks, including the chart-topping title cut, which was released to radio in 2020. The song reached #1 on the Bluegrass Today Weekly Airplay Chart.

That song was strong 35 years ago and it holds up today. I’m really happy with how it came out. This lineup is just the right group of killer players and singers for the new version, and I was ecstatic to see it top the Bluegrass Today chart – Alan Biby.

A second radio release, Blue Collar Blues, will be released to radio on Friday, January 15th. 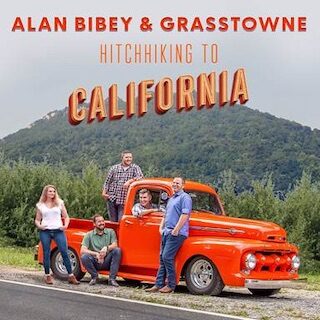 Leader of the band, Alan Bibey, is a multi-award winning and Grammy nominated artist known for his exceptional mandolin mastery. He is joined by Justin Jenkins on banjo, Zak McLamb on bass and vocals, Tony Watt on guitar, Kati Penn on fiddle and vocals, Ron Stewart on guitar and fiddle, and Patrick M’Gonigle on vocals. The multi-award winning duo of Darin & Brooke Aldridge guests on the track, Daddy and Me.

Although the group is generally considered a contemporary band, Bibey grew up on traditional music, and his dedication to the genre shines through, whether on an inspirational song, or a driving, upbeat track.

I’ve thought about a concept or theme album, but our goal here was just to make a great bluegrass album and we chose songs with that in mind – Alan Bibey.

Among his many accolades, Alan was included in the Mel Bay book, Greatest Mandolin Players Of The Twentieth Century,”and in 2004, the Gibson Company put into production the Alan Bibey Signature line of mandolins. Quite simply, Alan Bibey is one of the most influential mandolin players in bluegrass and acoustic music history, with an ever-growing string of hit singles and albums. Hitchhiking to California continues the tradition.

Hitchhiking to California is available for pre-order through the artist website and online everywhere great music is sold,