High On a Mountain – Fontanna Sunset 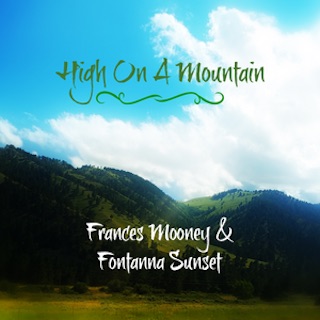 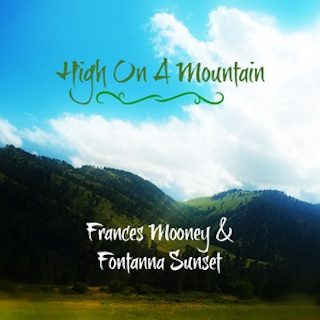 People talk about staples in the industry, veterans of the business, so on and so forth all the time. With Frances Mooney, nothing could be closer to the truth. Her history in bluegrass and country music runs deep and wide and her sweet soul has touched many lives for more than four decades. Now with a band backing her, that she claims she has waited her whole career to have come together, they have released the first single from their forthcoming album, High On A Mountain, written by David Stewart.

Fontanna Sunset is comprised of Frances Mooney on bass; Rickey Rakestraw on guitar; Matthew Mundy on mandolin; Brian Morgan on banjo, and Glen Crain on resonator guitar. All of the members hail from Georgia, except, Crain, who is as close to the Georgia border as South Carolina can get.

High On A Mountain had a great story behind the inspiration of the song, coming to David Stewart as he pulled over on the side of the road and sat gazing out at the beauty of Big Horn Mountains one evening on his drive home where he lives near Buffalo, WY. In fact, Frances loved the story so much that she added a stop on her summer vacation to visit with Stewart in Wyoming and have him take her to that very spot. She even visited with her husband, and performed, at the famed, historic Occidental Hotel, where David Stewart is the Proprietor. Frances and her husband recently shared the band’s new single with long time friends Emory Gordy and Patty Loveless, who had this to say about the music:

For those fans, as we are, who have followed Fontanna Sunset over the years, you’re in for a treat. This set of songs is the culmination of hard work and dedication that they have honed toward perfection over the years. Listen and enjoy – Emory Gordy and Patty Loveless.

Since 1975, Atlanta Country Music Hall of Fame Member, Frances Mooney has traveled and played music on stage with the likes of former Bluegrass Boy and Goins Brothers band member Danny Jones, and recorded with greats like Ricky Skaggs and Vince Gill, and also is a founding member of the IBMA Award winning, Daughters of Bluegrass. The band where she got her start, The Bluegrass Generation was recognized by the Governor, as Kentucky Colonels. Frances later formed Cherokee Rose, one of the first all female bluegrass bands to the circuit, setting forth an example that little did she know then would become so very prominent in the years to come. In 1981, she formed the popular Indian Summer, a band that would perform for many years, winning awards and gracing Nashville stages, like the Station Inn, Opryland and more. The highlight for Indian Summer came in October 1990, when the band was invited by the Chinese Government to Shanghai, China to perform for the Grand Portman Hotel representing the music of the United States of America.

Fontanna Sunset was officially born, in 1998, with long time friends, Mindy Rakestraw and Brenda Nation. Acclaimed singer/songwriter, Louisa Branscomb was also a member of the band in the early years. Since then, and after many member changes and sound evolutions, Fontanna Sunset has come forth with what they feel is a great reflection of their flavor and blend of bluegrass and country music.

The full album, titled Wild and Free, will release in early 2020. Stay tuned online with Fontanna Sunset for all the details.