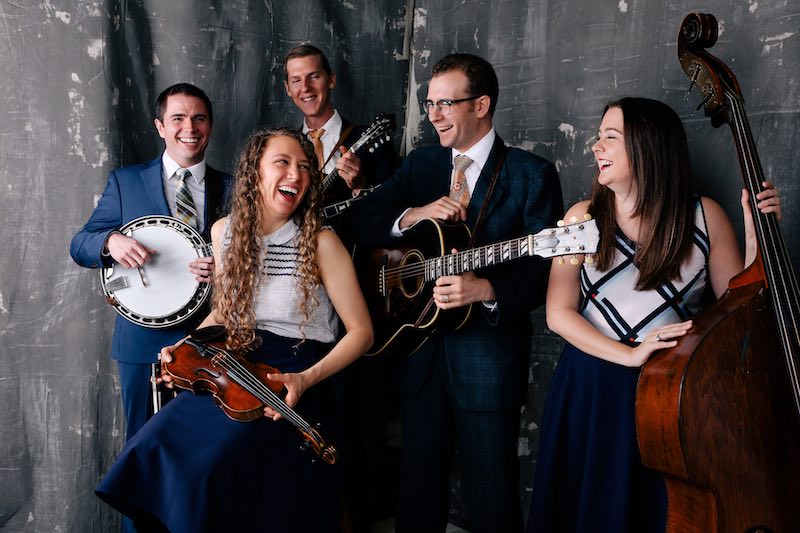 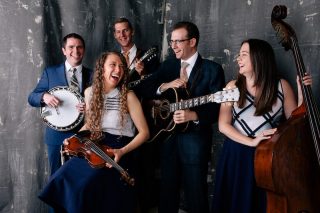 is a showcase of the band’s love for tradition, brother duets, virtuosic instrumental innovators, well-crafted harmony, gospel music, and banjos. The album delivers these beloved characteristics flawlessly. High Fidelity consists of talented singers and multi-instrumentalists with a love for the sometimes overlooked early innovators of this genre. The group’s devotion to this music is evident throughout the album; presented so authentically as to make uncommon songs sound both fresh and familiar. Even the tracks that listeners might recognize come from such an uncommonly traditional source that their delivery feels as new and exciting as when they were originally recorded.

A debut track, The South Bound Train, arrived at radio stations this week and is also offered as a ‘grat track’ with album pre-orders beginning the same day. The rollicking, up-tempo tune is also featured in a music video released concurrently. Pre-orders are active now.

High Fidelity has been influenced by many of the bluegrass greats, including Jim & Jesse. The South Bound Train, is a Jim & Jesse original that was recorded in the 1960s but not released commercially until the 1990s. Reimagined with twin banjos, it is a high-intensity number featuring the trademark vocal trio of High Fidelity’s Jeremy Stephens, Corrina Rose Logston, and Kurt Stephenson.

Overall, the album showcases the tight musical relationships formed in the band during their years of touring. Bassist Vickie Vaughn and multi-instrumentalist Daniel Amick lend their voices to an early quartet style gospel song; Corrina’s expert hoedown-style fiddling is showcased; Daniel, usually featured on mandolin, takes up the guitar on a track. Twin banjos have become a regular staple on High Fidelity recordings, and they are featured on three album tracks.

High Fidelity offers listeners a chance to experience the riveting energy and grit of early bluegrass without sacrificing precision in vocals and musicianship. Where many other bands offer a mere imitation of the past, High Fidelity presents a meaningful interpretation that captures the true essence of the music they learned from the genre’s early masters. Every note of their performance is delivered with meaning, reverence, and undeniable talent.

Everything about ‘The South Bound Train’ just screamed High Fidelity to me, including the fact that it had been all but forgotten in the bluegrass collective consciousness. Jim and Jesse wrote and recorded it during their classic early 60s era, but it was never released until the 1990s. It was such a strong song, especially with their arrangement, I thought, we can’t not record this! Their version is led predominately by the banjo, and given High Fidelity’s love for the banjo, we wanted to put our spin on the song utilizing twin banjos. We have a history for pushing our own limits in this band, and I love the intensity of Jeremy and Kurt singing and playing banjo at the same time on such an up-tempo number – Corrina Rose Logston, High Fidelity

We had a blast making the video for this one, too. Corrina and I scouted the locations for the shoot with the help of a CSX employee that we met track-side in Northern Davidson County, TN. He pointed us in the direction of an area with high volume and high speed rail-traffic, and that is where we went, finding the two locations that are seen in the video. It was very interesting being poised to shoot not knowing when a train was coming, but it all worked out great. We hope everyone else enjoys the video and the song as much as we did making it – Jeremy Stephens, High Fidelity

Banjo Player’s Blues is available on Rebel Records on June 12, 2020.
For more on the band, visit High Fidelity’s website or Facebook Page.

High Fidelity is a rising group that recalls the great bluegrass records of the 1950s and ‘60s. The group draws its inspiration from the likes of Don Reno & Red Smiley, The Stanley Brothers, The Louvin Brothers, Jim & Jesse, and a host of lesser known regional artists from the same era.

Formed in early 2014, the group received its first achievement with a first place win in the International Band Championship at the 40th Annual Society for the Preservation of Bluegrass Music of America (SPBGMA) Awards in February of 2014. In 2019, they were nominated for International Bluegrass Music Association (IBMA) New Artist of the Year.

The band consists of five outstanding musicians and singers who are steeped in the sounds of tradition. Jeremy Stephens, guitarist and lead vocalist for the group, has worked for the world famous gospel group The Chuck Wagon Gang, on the television show Ray Stevens’ Nashville, and most recently with Jesse McReynolds & the Virginia Boys. Corrina Rose Logston, fiddler and harmony vocalist, has worked with a who’s who of today’s traditional-based bluegrass performers, most notably Jesse McReynolds & the Virginia Boys and Jim Lauderdale. Kurt Stephenson handles banjo duties and harmony vocals. He is the 2010 National Bluegrass Banjo Champion at the Walnut Valley Festival in Winfield, Kansas, and is a staple performer of the greater west Tennessee area. Vickie Vaughn, who plays upright bass and contributes vocals, has worked in recent years with Patty Loveless and Ricky Skaggs. Multi-instrumentalist and harmony vocalist Daniel Amick, has won numerous instrumental contests across the southeast and is a recipient of IBMA’s 2019 Instrumentalist of the Year Momentum Award.

High Fidelity interprets classic era bluegrass through a the fresh, young perspective. It is this quality that makes High Fidelity consistently well-received and widely loved by audiences of every generation.