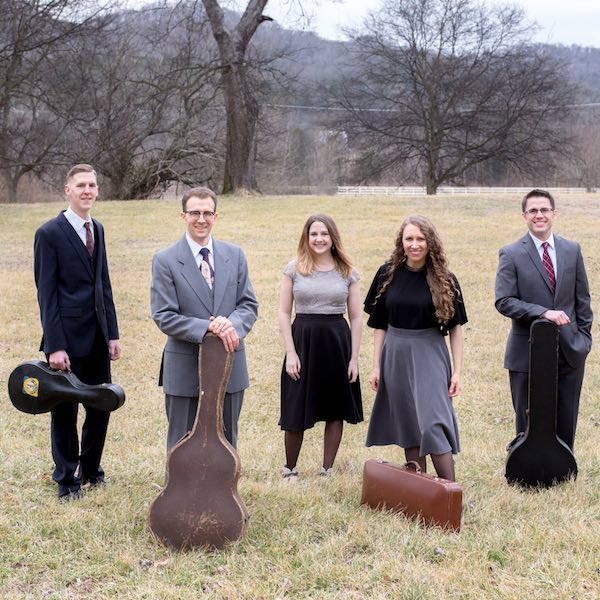 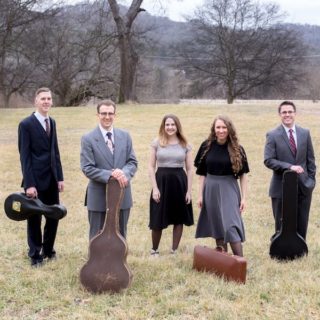 The Hills and Home, which premiered on The Bluegrass Situation earlier this week, is available as a free download—along with bonus track I Ain’t Gonna Work Tomorrow, for folks who pre-order the album now through Apple Music, Amazon or Google Play.

Many folks remember the great bluegrass records from the 1950s and ‘60s. The power and soul of that music has won the hearts of people across the globe. Few bands have come along in recent years that directly draw their influence from that classic era of the music’s history. High Fidelity is a rising group whose love and devotion to that music is unsurpassed. The name alone says it all. How many record albums have you seen from the ‘50s and ‘60s that bear those words? Herein lies the heart of what this group of young performers is all about.

I have loved those sounds since I was a child. The older music always stood out to me. We are aiming to find good songs with a good message and melody that fit the style that we intend to represent: bands of the late ‘50s and early ‘60s like Reno & Smiley and Jim & Jesse. We choose obscure songs that these types of groups did or reach further back to get material that we like that we feel fits this style – Jeremy Stephens, band leader. 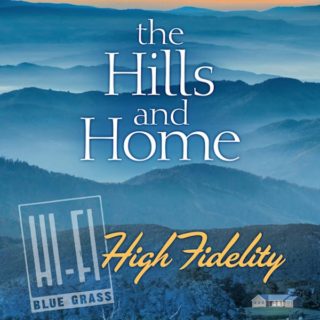 To all but the most dyed-in-the-wool bluegrass and old-time music devotees, the music on Hills And Home will come as a revelation. The group avoids the well-known war horses associated with the likes of the Flatts & Scruggses, the Stanleys and the Monroes. Well, not quite all of the Monroes. Jeremy exclaims: “No bigger fan of Charlie Monroe than me! I love his singing and guitar playing.” Instead, the band chooses to mine gems from lesser known – but no less worthy – acts such as the Lilly Brothers & Don Stover, Wade Mainer and venerable gospel group The Chuck Wagon Gang (whom Jeremy spent six years with before forming High Fidelity).

The High Fidelity lineup took shape in early 2014, leading up to a competition for new bands at the SPBGMA (Society for the Preservation of Bluegrass Music of America) Convention in Nashville. Jeremy, fiddle player (and now wife) Corrina Rose, Logston Stephens, banjo player, Kurt Stephenson, bassist Vickie Vaughn and multi-instrumentalist Daniel Amick (mandolin, banjo, guitar) assembled a list of decades-old songs that they could flawlessly recreate on stage, including some gems from the Stanley Brothers. Before long, the band realised they could put their own stamp on the material without losing the integrity of the original recordings. With that newfound perspective, High Fidelity handily won that year’s contest.

In 2016, their self-titled, self-produced debut was released to critical acclaim: the album was given a glowing feature by Bluegrass Today’s John Lawless, and Bluegrass Unlimited’s Walt Saunders gave it a celebrated “Highlight” review, even going as far as declaring it his “Album of the Year” for 2017. And, just at the beginning of this year, The Bluegrass Situation listed Hills And Home as one of its most anticipated releases for 2018, long before it even had a title.

Individually the band members’ achievements are impressive. Jeremy Stephens cut a well-received banjo and guitar album entitled Scarlet Banjo for Rebel while only a teenager back in the early 2000s and has won banjo contests at MerleFest in 2000 and Renofest in 2003. Stephenson claimed the title of National Bluegrass Banjo Champion at the Walnut Valley Festival in Winfield, Kansas in 2010 (the only year he entered), while Corrina picked up the Galax Old Fiddlers’ Convention contest in the Bluegrass Fiddle category in 2012. Vaughn has worked behind Patty Loveless, The David Mayfield Parade, Valerie Smith & Liberty Pike and fronts her own group, The Vickie Vaughn Band. Amick recently performed with Kody Norris & The Watauga Mountain Boys as well as Kenny & Amanda Smith.

First single The Hills and Home is a superb rendition of a John Duffey composition originally released by the Country Gentlemen for Starday Records in 1959. High Fidelity’s fresh remake of this semi-obscure cut typifies what the band is all about: interpreting classic-era bluegrass through the fresh, young perspective of today’s generation. Stephenson brought the song to the group. The Country Gentlemen’s Starday cut of The Hills and Home is one of my favourite recordings,” he states. “To me, the song was unique in that it was a trio throughout, with powerful harmonies from Charlie Waller, John Duffey and Eddie Adcock. I was also taken by Eddie’s banjo playing on the recording. His second solo emulated a steel guitar, which I found to be very fascinating. When searching for material to record, ‘he Hills and Home was the first song I thought of. I felt that it would be a good fit for the group. The song lends itself to who we are striving to be as a band, both in style and in the values we hold dear.”