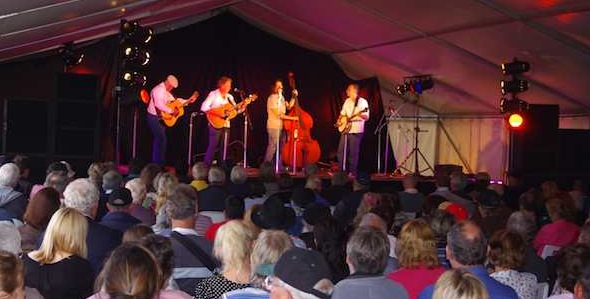 News today that the 2013 Harrietville Festival will not proceed comes as a shock to many and expected by a few.

There has been much uncertainty about the future of the Harrietville Bluegrass & Traditional Country Music Convention over the past few years resulting from the discontent over plans to move the event to Beechworth back in 2011. However, the closure of the planned Beechworth venue in mid 2011, forced a re-think by organisers and the festival returned to Harrietville that year. In the mean time the Great Alpine Pick, also in Harrietville, was developed by a group of enthusiasts who longed for the Harrietville of old. A festival where pickers would gather to trade licks, enjoy each other’s company and generally take in a relaxing weekend of bluegrass and old-time music. The Great Alpine Pick has to some extend revisited the Harrietville of old.

There is a great challenge for festival organisers in the 21st century. The difficulty lies in finding a manageable balance between developing programs for music audiences and delivering enough opportunities for musicians. By that I mean it is difficult to know when a festival stops becoming attractive to pickers and grows the interest of music audiences. As time progressed not everyone who came to the Harrietville Bluegrass & Traditional Country Music Convention came to watch the performances. Many came to jam and to socialise. The need for pickers to gather, regardless of the calibre of talent on the concert program saw the Harrietville festival fragment into several fringe events located across Harrietville.  Alas, this fragmentation saw the start of the Harrietville organisers great challenge – a pickers festival or festival of concert appearances. Despite their best efforts to contain the Festival to a central arena, many unofficial festival events emerged in several locations across Harrietville. This segmented audiences and musicians alike.

While there are many tremendous moments and performances that result from the recent festival format, Harrietville of old was a tremendous introduction to the bluegrass and old time musicians of Australia for me. My first Harrietville festival was in 1998 and I delighted in wealth of musical talent that descended on that tiny town for that Spring weekend in November. I was so intimidated by the gathering of musicals skills that surrounded me, it was not until the 2000 festival that I first took my instrument from its case. I spent those two years at home practising to be “good enough”. Today,  I am one of the jam junkies that attends purely for the social jams and the occasional bluegrass concert, depending on the artist.

Organisers have done a sterling job of building and developing the Harrietville Bluegrass & Traditional Country Music Convention over the years and sadly it shall be no more. Many will have their own thoughts on the history and resulting developments of Harrietville and some may well disagree with my observations – so be it. Fortunately we are still able to express and share opinions here in Australia and I welcome your thoughts.