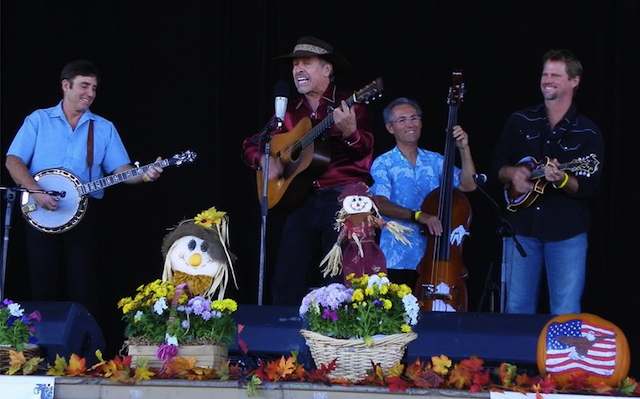 Rod and Judy Jones have just arrived back in the country and have advised us of the Harrietville 2011 program updates which are now also available from the website.

The festival kicks of on Thursday 17th Nov with a community concert which will be in the marquee from 7:30pm. This concert will feature international band, Ross Nickerson and X-Train. Next on the program we’ll see a welcome return from The New Holland Honey Eaters. Their multimedia live on air journey will take us back in time to country-radio in the days of Steinbeck’s Grapes Of Wrath.

The 2011 show, Don’t Touch That Dial: Early Radio and the Making of Country Music will be a to tally new magical journey of superb harmonies, virtuoso musical skills on guitar, banjo, fiddle, etc. as the band takes us into the late 1930’s.

At 10:00pm it will be Mountain Square Dance time in the Community Hall. This will feature the Bobby Taylor Band from West Virginia and the North Carolina Redhots with Joe Thrift and Tom Riccio with chief caller, Judy Jones.  All dances are taught and called. No previous dance experience necessary. Bring the kids. All welcome. Walk-up tickets for the entire evening are only $20 (free with early bird & pre-booked weekend passes).

The weekend convention begins on the Friday afternoon with performances from the overseas Old Time and Bluegrass guests. Then there is a chance to sit back and relax in the on-site “HUB” restaurant and enjoy the Dinner Show which was hosted so ably by the Senile Delinquents in 2010.
The Friday Evening Concert begins at 7pm and runs until around 11:00pm. This will be followed by late night events in the Hub and the Hall.

The morning will be filled with workshops, ranging from beginner to intermediate/advanced.

There will be a Lunch Time Open Mic concert, followed by a Saturday afternoon band concert and the Saturday Dinner Show.

The Saturday Evening Concert, will feature performances by all the US guests as well as some of the top local traditional bluegrass & old-time string bands.

Late night concerts and jams will continue till very late in The Hub and The Hall.

The very popular Sunday Morning Gospel Concert in the Marquee is hosted by Mike Kear and often includes performances by bands that don’t play on the other concerts.

Brunch in The Hub follows the Gospel Concert which is an open-mic concert which, in 2010, was hosted by the inimitable Mick Coates & the Allnightlongers

The Sunday afternoon concert is another chance to see the US guests – especially if you can only come to the Convention on Sunday.

The fun continues with the Sunday Dinner open-mic concert with, what is becoming a tradition, the competition for the best Bitter, Blue & Twisted Song hosted by Lauren Williams and The Union of Romantic Fools.

The last Marquee concert takes place on Sunday evening. This concert traditionally starts with the Guitar Pickers Spectacular featuring brilliant flatpick guitarists from all over. This will also be the last chance to see the US Guests in concert at the 2011 Convention.

A late night Open Mic concert—The Farewell 2011 Show in The Hub will take us out in party mode and is always lots of fun.