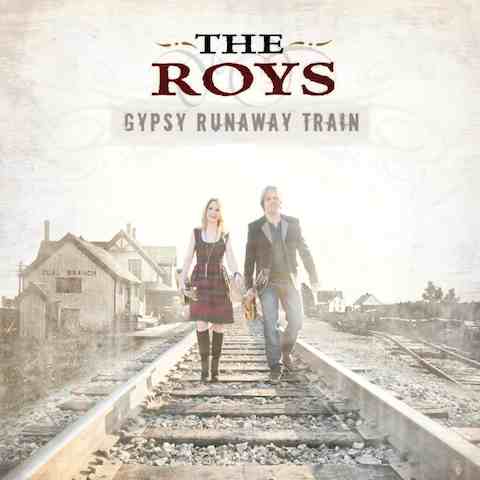 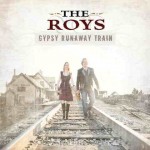 The Roys’  latest full-length release, Gypsy Runaway Train, puts the award-winning sibling duo on the fast track.  Due in stores on 4th June this year, their third outing for Rural Rhythm Records contains six or their originals and some of their all-time favorite Bluegrass and Country classics.

Hot vocals, steamin’ pickin’, unbridled enthusiasm and passion make this 13-track wonder a celebration of the Roots genre.  There was a real sense of freedom surrounding this whole project.  The album strips away all pretenses and gives the listener a glimpse of both the highs and lows of life – Elaine Roy.

Recorded following the death of Lee’s beloved father-in-law and during Elaine’s painful divorce, the songs indeed address a broad spectrum of emotion.  For Lee, the entire process was cathartic.  “I wrote Another Minute about my Grandpa,” he notes.  “But it makes you think about all kinds of loss.  Putting those feelings out there in a song makes it easier to live with them.”

Bluegrass wouldn’t be Bluegrass without plenty of raw emotion, and Elaine delves deep on the extremely personal Half of Me, written about her recent divorce.  Heart-wrenching vocals and moving lyrics offer a poignant look at the separation.  Lee shines on the Gospel song He Took Your Place, a tune he’s been performing live for most of his professional career.

Gypsy Runaway Train isn’t just about pain.  The disc vibrates with positive thoughts and up-tempo energy on You Can Count On My Love, Born With A Hammer In My Hand, the Haggard classic Ramblin’ Fever, as well as the title track which celebrates The Roys’ fans and the road.  The twosome brings exquisite harmonies to bear on a uniquely arranged rendition of Blue Moon Of Kentucky that will surely leave Mr. Bill Monroe smiling.

After bursting onto the Bluegrass scene in 2011 with the Top 10 debut album Lonesome Whistle from Rural Rhythm Records The Roys followed with their sophomore project New Day Dawning in 2012.  That landmark EP debuted at #2 on the Billboard Bluegrass Albums Chart, reached #1 on Amazon’s Bluegrass Best-Sellers list, and remains on Bluegrass Unlimited Magazine’s Top 15 Albums chart.  Additionally, songs from the EP continue to dominate the weekly and monthly Top 20 Bluegrass Today charts.

For Sam Passamano II, President of Rural Rhythm Records, Gypsy Runaway Train is right on track.  “It really showcases Lee and Elaine’s vocals and their signature sibling harmonies.  The quality, fine selection and diversity of the songs also help make this such an important and powerful album for them.  The fact that THE ROYS used their touring band on the cover tracks also speaks to a commitment to bring their fans a stronger connection between the music on disc and their live shows.”