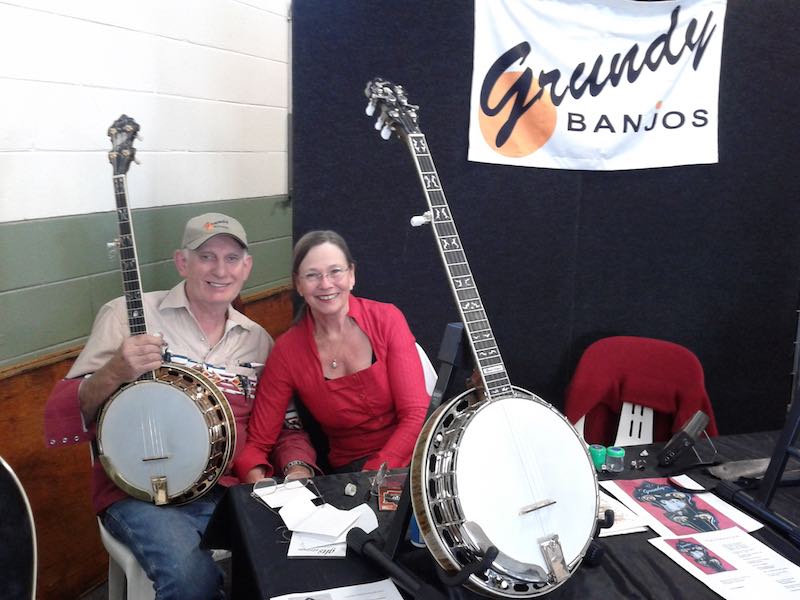 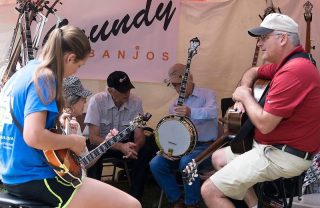 Grundy Banjos (Laurie and Lynda) will have a banjo display booth at this year’s IBMA convention. This will be their 14th consecutive year at IBMA.

Once again we will be set up in the exhibition hall of the Raleigh NC Convention Centre with a fresh batch of Grundy banjos and a superb all original and rare 1929 Gibson Florentine and an original 1950’s Gibson Bow Tie Flat Head – Laurie Grundy.

Laurie and Linda look forward to having any Aussies attending IBMA to call by the exhibition hall and say “G’day”. Then in November they head down to Australia’s MountainGrass Festival in Harrietville Victoria and setting up their banjo display.