Grammy Nomination For The Grascals 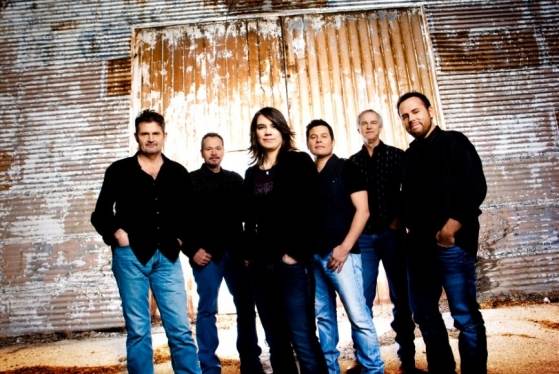 It was while performing with other songwriters at a Nashville benefit for Operation Troop Aid that Jamie Johnson, a founding member of The Grascals, learned that the band has been nominated in the 55th annual Grammy Awards.

“I stepped off the stage and my phone was all lit up with text messages,” Johnson says. “I didn’t know what to do first, call everyone back or just dance a jig!”

The Grascals are nominated for Best Bluegrass Album for Life Finds A Way. Released in March, it is the 7th album by the two-time IBMA Entertainers of the Year. The project is the first for the band on the Mountain Home Music Company label, with which they signed earlier in the year. The Grascals are Terry Eldredge, Danny Roberts, Kristen Scott Benson, Jamie Johnson, Terry Smith and Jeremy Abshire.

This nomination is so great because it’s true,” Gamble says. “Life does Find a Way and the Grascals live that message every day – Mickey Gamble, president of Crossroads Entertainment & Marketing / Mountain Home Music Company

The Grascals, who’ve been nominated twice previously for Grammy honors (in 2006 and 2007), share the category this year with albums by Dailey & Vincent, Noam Pikelny, Special Consensus and Steep Canyon Rangers.

The Grammy Award nominations special was held at Nashville’s Bridgestone Arena, the first time the event has been held outside of Los Angeles. The 55th annual Grammy Awards will be held Feb. 10th  at the Staples Center in Los Angeles with awards being handed out in 81 categories. The program will air live on CBS.

For more on The Grascals, visit their new website at www.grascals.com

For a full list of Grammy nominees, visit www.grammy.com/nominees