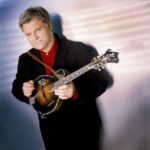 Ricky Skaggs’ Honoring the Fathers of Bluegrass: Tribute to 1946 and 1947 has been nominated for a 2009 Grammy Award in the Best Bluegrass Album category. The album is an inspired tribute to Bill Monroe and the Original Bluegrass Band, featuring Skaggs and his ace band Kentucky Thunder taking on the songs that Monroe birthed the genre with. Billboard called Honoring the Fathers nothing short of brilliant, while New York Times said there is an unmistakable integrity to his effort here. Its subject, like its execution, comes across as admirably vivid. 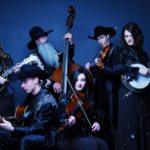 Cherryholmes, bluegrass family band have been nominated for two Grammys at this year’s Grammy Awards: Best Country Instrumental Performance for their song Sumatra, and Best Bluegrass Album for Cherryholmes III: Don’t Believe. This makes for a career total of four nominations, including Best Bluegrass Album nominations for every single one of their Skaggs Family Records releases.