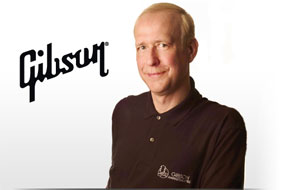 Media from around the world have picked up on this week’s press conference in which Gibson Guitar Chairman and CEO Henry Juszkiewicz spoke out defiantly against recent federal raids at Gibson’s Memphis and Nashville facilities.

Gibson are in the process of challenging the Federal Government’s actions through the US courts. Mr. Juszkiewicz this week, stated that he believed that the Feds are retaliating with this raid in an attempt to intimidate Gibson as a prelude to their court challenge.

We believe the arrogance of federal power is impacting me personally, our company personally and the employees here in Tennessee, and it’s just plain wrong – Gibson Guitar Chairman and CEO Henry Juszkiewicz.

Today, Juszkiewicz said that he was, “very gratified at the media’s overwhelmingly supportive coverage of the issue this week and especially encouraged by the huge number of positive comments on various social media platforms.”  He also added, noting the volume of attention the story has received, “perhaps our good friends in the media can use their investigative skills to help us to get the bottom of exactly why the government has singled out Gibson for harassment.”

To read Juszkiewicz’s press release in response to the raids, click here.