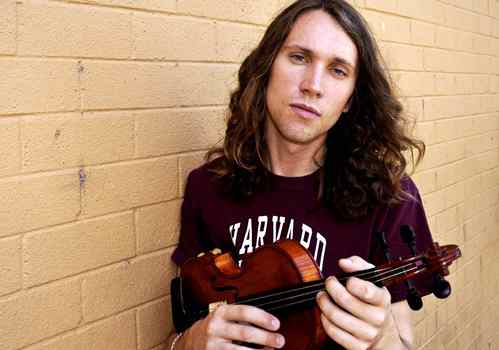 The Davidson Brothers and Pacific International Music have extended their congratulations to 22-year-old George Jackson who has taken out the inaugural Australian Youth Bluegrass Scholarship.

George fell in love with bluegrass when he heard Bela Fleck’s Drive album at the age of 14. His family moved to Queensland from New Zealand when he was 16. He has notched up 3 Australian Bluegrass Championships (2 on fiddle and 1 on banjo) as well as being awarded the FAA Young Folk Musicians Award in 2010.

George plays fiddle and banjo, and is confident across many genres, although his heart clearly lies in bluegrass. George is going to put his $1,500 prize money towards flights to the US so he can further study bluegrass music and immerse himself in the scene. George sets a high standard for himself musically and we know he will also make the most of the recording package offered by Pacific International Music.

The Davidson Brothers have also given an honourable mention also to 12-year-old Taylor Pfeiffer of South Australia. She is doing incredibly well on the banjo and has an incredibly bright future in bluegrass.