Gentlemen of Bluegrass and Carolina Memories 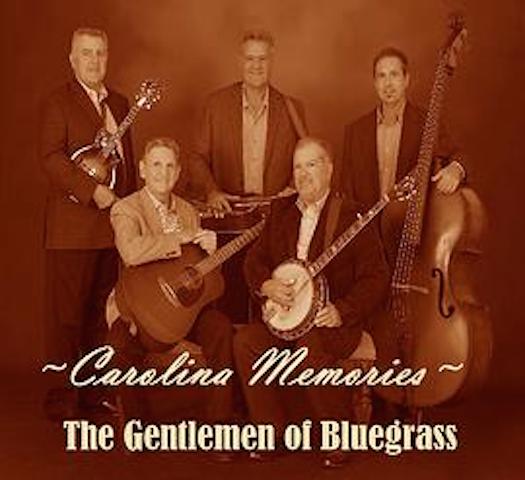 Hailing from the Carolinas, The Gentlemen of Bluegrass, a collaborative project of master musicians Danny Stanley, JC Rowland, Tom Langdon, Greg Penny and Randy Smith have signed with Pinecastle Records to release their latest project, Carolina Memories, in March 2014.

The Gentlemen of Bluegrass is composed of Danny Stanley  on lead vocals and guitar, JC Rowland  on tenor vocals and mandolin , Tom Langdon resonator guitar and baritone vocals, Greg Penny bassist and vocals and Randy Smith on banjo and vocals.

We are delighted to have “the Gents” as part of the Pinecastle Family. We think their close harmonies and Waller/Duffey influenced vocals provide a sound that is in keeping with the traditions of The Classic Country Gentlemen and Seldom Scene and are a prefect compliment to the music in our catalog – Ethan Burkhart, President of Pinecastle Records.

This is such exciting news for us. We are thrilled to join Pinecastle Records and share some of our favorite music with our fans. Thanks so much to all of our fans, our producer, Lorraine Jordan, and our publicity team at Make Welcome Entertainment. All of these people are helping our music reach more people, which is the dream of all performers – Danny Stanley.

Danny Stanley, who is also known for his extraordinary vocal impersonations occasionally, brings “Hobo Joe” to the stage ensuring an exceptional show for live audiences. This fan favorite character from “down by the tracks,” makes his appearance by terrifying the Gents and entertaining the audience with his imitations of Willie, Hank, Lester, and many other great vocalists.